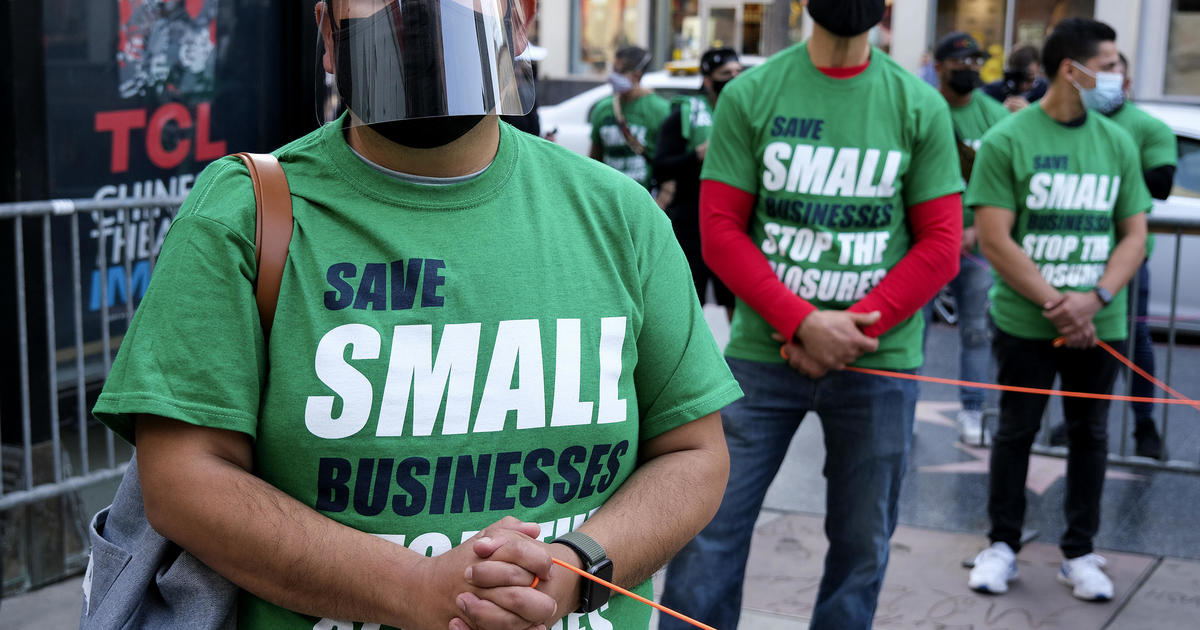 Even as the coronavirus was surging around the nation, Americans started millions more small businesses last year.

Nearly 4.5 million business applications were filed in 2020 — the highest number on record, and an increase of 24% from the year before, according to an analysis of Census data by the Economic Innovation Group.

Recessions typically see a drop in business formation as people’s personal assets are wiped out. That businesses are forming at such a high rate indicates underlying optimism about the economy, as well as a potential well of new jobs for people once vaccinations are available.

“Here the negative economic shock did not originate in the economy, it came from a public health crisis,” said Kenan Fikri, director of research at the Economic Innovation Group.

The unequal impact of the current recession has also played a role. Many people with equity in their homes have been able to keep it and even build on it, and wealthier people have also been saving more. Both are important sources of income for small business ventures.

“Many people with high levels of educational attainment and wealthy backgrounds, who are disproportionately more likely to start businesses, have been relatively unaffected by the pandemic,” Fikri noted.

Often, a business idea follows a layoff, as it did for Maine resident Bill Clifford, who was laid off in September from his job as a corporate chef at a gas-station chain. Despite experience that includes working in health-care institutions and resort and conference centers, he couldn’t find similar jobs in the area and didn’t feel like he could wait for the job market to improve.

“There’s not a lot of jobs for what I’m good at. Under ideal circumstances, a layoff could be a few months,” Clifford said. “If I don’t really focus on my own business right now, and wait for another corporate position to open up, I could be out of the job market for a long time.”

So Clifford dusted off a business plan from a former restaurant and, on December 1, opened Bill’s Original Kitchen, a one-man shop aiming to make “the best lobster roll in Maine,” inside a local airport in Knox County.

Clifford feels lucky, he told CBS MoneyWatch — the new business is breaking even. He is not yet paying himself a salary, but if traffic picks up and he’s able to attract catering customers, as he hopes, Clifford plans to hire a full-time employee by summertime. So far, he’s encouraged by the support he’s received from local officials and his small circle of clients.

“I’ve got customers who take their private planes from other airports to come have my lobster roll,” he said.

How long will they last?

Most of last year’s businesses applications represent non-employers — such as workers striking out on their own as freelancers. Fikri cited the example of an acquaintance who has found himself doing a lot of work for hotel chains. (The chains themselves are outsourcing work they used to do in-house as they frantically cut costs.)

However, last year also saw a jump in businesses that are “likely employers,” a category that includes manufacturing, restaurants and stores. Americans filed 200,000 more of these applications in 2020 than the year before — a 15% jump. Encouragingly, applications from these types of new businesses increased as the year went on.

A major unknown is how long these new businesses will last. “Young businesses, in the best of times, do not have very good survival rates. The times are harder now,” Fikri said.

But if they do last, they “represent the applications for businesses most likely to lead to lasting job growth and innovation,” according to EIG.

“Normally it’s entrepreneurs creating new jobs who really clean up the mess of the recession, they power the recovery that follows,” Fikri said. “It’s positive that we’re now entering the pandemic recovery, whenever it hits, with more entrepreneurship in the economy than we had during the Great Recession.”