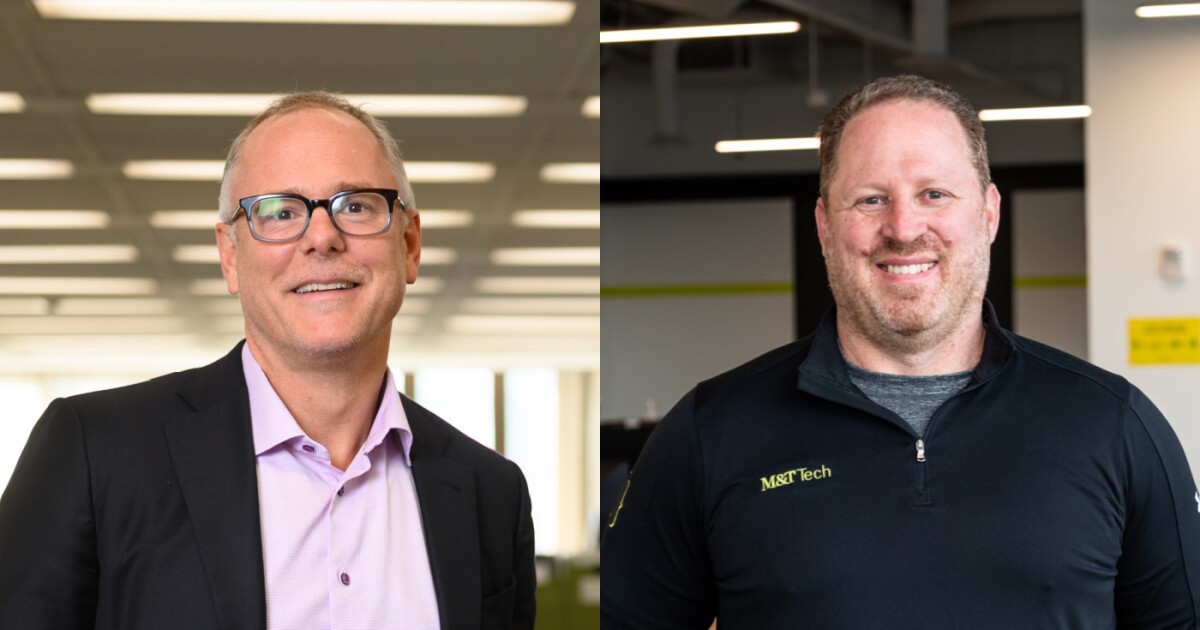 When Nadia Hamilton was growing up, she would write and illustrate step-by-step instructions for her autistic brother, Troy, to show him how to do basic tasks like brush his teeth and get dressed.

After college, Hamilton channeled that interest in creating how-to guides into a software startup, Magnusmode, that puts those kinds of visual instructions into an app for people with intellectual and cognitive disabilities and their caregivers.

This week, M&T Bank in Buffalo, New York, announced that it’s been collaborating with Magnusmode to build guides to banking activities into the MagnusCard app.

“There are many barriers to access both to the financial system and to managing one’s personal financial life,” said Chris Kay, head of consumer banking, business banking and marketing at the $143 billion-asset M&T.

“Our aperture is trying to make sure that we are as inclusive as we can be and to help take down those barriers through education, through experiences, by being very thoughtful about that,” according to Kay, who previously was chief innovation officer at the health insurance company Humana and worked at Citigroup and the retailer Target. “Because at the end of the day, we’re as successful as our customers are successful and as our communities are successful.”

The partnership is an example of the many ways banks are working with fintech partners to meet the specialized needs of groups of people who may be marginalized. The financial support Greenwood Financial, a challenger bank that caters to Black consumers, has received from Truist Financial, Bank of America, PNC Financial Services Group, JPMorgan Chase and Wells Fargo is another example. So is the partnership between banks and the online lender Upstart to provide loans to people with low credit scores.

M&T’s collaboration with Magnusmode came about through M&T’s involvement with the startup accelerator 43North, which is located in Seneca One Tower, the renovated Buffalo building in which M&T recently opened its tech hub. The bank looks for opportunities to work with the startups in the accelerator a few floors down to develop innovative products.

“We want to be easy to transact with, but we also actually want to help customers who have questions about how to manage financial lives more holistically,” Kay said. “When we come across innovators who are really doing something special and have an insight, we can then partner with them in order to create something meaningful for our customers. The work that we’re doing here may not be the largest work that we’re doing, but it may actually be some of the most important work.”

The partnership with 43North led Sonny Sonnenstein, chief information officer for consumer and business banking at M&T, to have lunch with Nadia Hamilton and learn about her startup’s app.

“She told me the story of her brother, who was on the autism spectrum, and how she used to draw little cards for him with crayon so that he could familiarize himself with experiences before doing them and become more self-sufficient, and how that turned into MagnusCards,” Sonnenstein said. “I was hooked, and what I had to do was find the right connectivity point within the bank to bring this to life.”

He spoke to leaders of the bank’s disability advocacy network.

“They took it and ran with it and built the content,” Sonnenstein said. Some of the employees’ relatives are featured in the app.

“It very much became a labor of love,” he said. “It’s been a nice story of a local startup and our ability to collide, communicate and collaborate.”

In the MagnusCards app, under the Money Management category, there are sections developed by Canadian Imperial Bank of Commerce, the startup’s Canadian partner, and M&T Bank, its first U.S. partner. The information can be used by customers of any financial institution.

M&T contributed step-by-step guides for banking tasks including depositing cash and checks into an ATM, counting money, using a debit card to buy things, and withdrawing money at a teller window. In addition to breaking down the steps and providing photos of each one, the app offers the instructions in audio.

“This is an initial pack of the things we thought were most relevant and common,” Sonnenstein said.

This was not a heavy technology lift for the bank because Magnusmode has a technology framework into which M&T could plug its content.

M&T may carry some of its Magnusmode work over to its own apps, Kay said.

“Part of our respective jobs in the organization is to be inspired by this to continue to simplify what banking is and what banking means for all customers,” he said. “Because there’s unnecessary complexity in banking, we have to be thinking as an industry and certainly here at M&T Bank about how we are designing around the customer’s life and value chain. The work Magnusmode is doing inspires me to want to simplify everywhere.”

Sonnenstein is planning to create more instruction guides and quick tutorials for many customers, not just those with autism.

“Banking can be a little bit intimidating, a little bit complex,” Sonnenstein said. “We use a lot of jargon. I think the more human we can make it, the more accessible we can make it overall. That drives me and our teams every day in the tech hub to try to find those ways to take the friction out of things, to make it easier.”