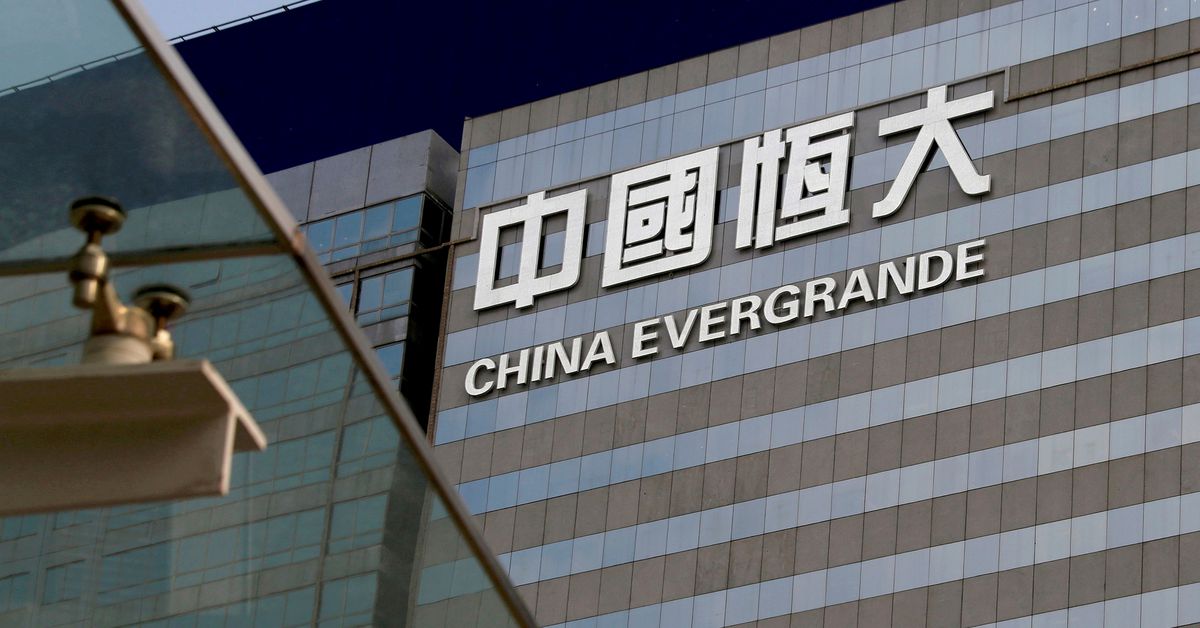 NEW YORK, Sept 20 (Reuters) – Investors unnerved by the fallout from heavily indebted Chinese real estate company Evergrande (3333.HK) were gauging the potential for a wider shakeout after a selloff hit stocks around the world. read more

For now, many U.S.-based investors believe there is little chance that the woes of Evergande, China’s second-largest property developer, could morph into a systemic crisis reminiscent of the 2008 collapse of Lehman Brothers. read more

Still, with valuations on U.S. equities stretched on a historical basis and an unwind of the Federal Reserve’s easy money policies looming, some worry that a sudden drop in risk appetite could leave global markets vulnerable to a broader selloff.

“We have a very cautious view on the market given elevated valuation levels,” said Rob Romero, portfolio manager at Connective Capital, a technology hedge fund with $100 million in assets under management. “It is hard to know how far the contagion will spread. We are looking for signs of resilience in U.S. market; if that doesn’t happen, that means contagion has more risk to snowball.”

The concerns over the extent of Evergrande’s reverberations through the global financial system come at a time when high valuations in the equities markets had many investors and analysts calling for a pullback.

The benchmark S&P 500 traded at 21.6 times forward earnings as of Friday, near its highest levels since the late 1990s dotcom bubble, and prior to Monday’s trading had rallied more than 18% for the year to date.

While Evergrande’s woes have been playing out for several months, its shares tumbled more than 10% on Monday as Chinese regulators warned that its $305 billion in liabilities could lead to widespread losses in China’s financial system if its debts are not stabilized. read more

Late payments by the company could trigger cross-defaults. read more

Worries over a broader default spread around the world, with the MSCI Global down 1.62%, on pace for its worst performance in two months. Investors rushed into havens such as Treasuries, taking the yield on the benchmark U.S. 10-year to one-week lows, while the 10-year U.S. interest rate swaps over Treasuries stood at their widest in almost six months.

In another sign of concern brewing in money markets, analysts cited the three-month Libor , which rose to 12.5 basis points, a four-week peak, reflecting worries over potential stress in the global banking system. L1N2QM1UV

At the same time, there appeared to be few signs that institutional investors took an overleveraged position in Evergrande that would spark a liquidity crisis, said Robert Sears, chief investment officer at Capital Generation Partners.

“So far most of the negative action [has] been in the Chinese property sector,” he said. “I don’t think this has had a major impact on most hedge funds so far.”

In the U.S. equity options market, traders appeared more intent on taking profits from existing hedges than on buying up protection against a sharper selloff, even as the VIX (.VIX) stood around its highest level in four months .L1N2QM1L2

Andrew Left, founder of Citron Research, which in June 2012 published a report that said Evergrande was insolvent and had defrauded investors, was also not expecting widespread pain.

“I don’t think that this is going to be the straw that breaks the global economy’s back,” he said.

Indeed, some investors said that Monday’s price declines should have been expected given the rally in the S&P 500 over the summer and concerns ranging from the debt ceiling debate in Washington to the prospect of higher capital gains taxes.

“Coming into September we thought that with valuations and optimism so high that investor sentiment seemed a little vulnerable to a dramatic but short-lived shift,” said Brian Jacobsen, senior investment strategist at Wells Fargo Asset Management.