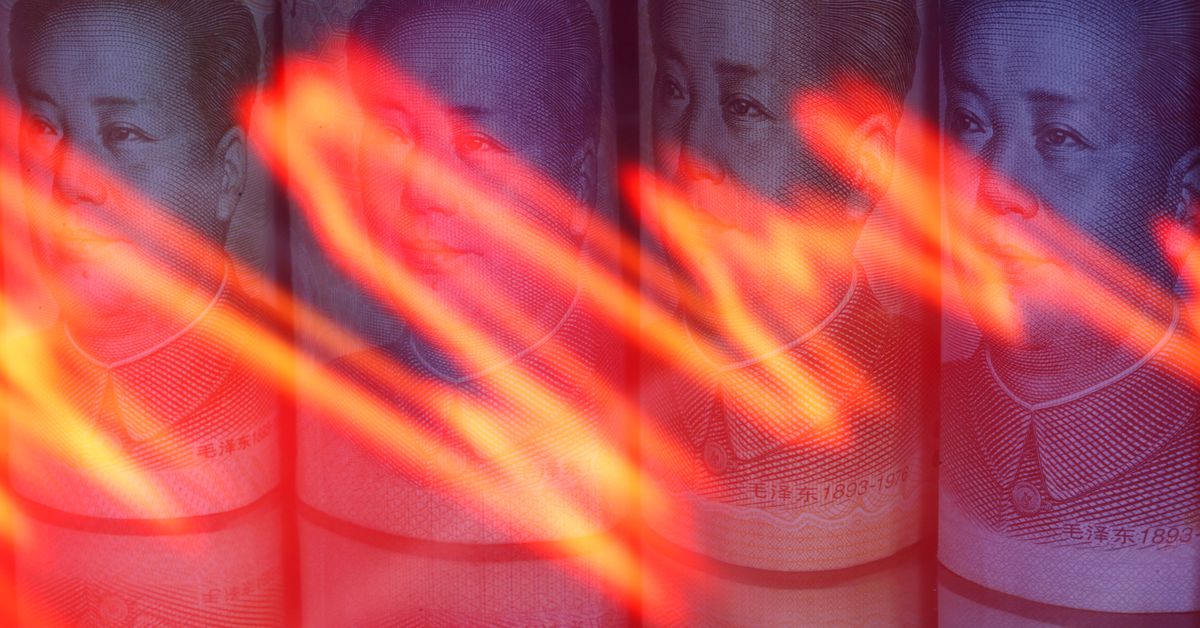 LONDON, Aug 16 (Reuters) – Any veteran investor will tell you that financial markets overshoot when trouble hits, but what if that market is the world’s second-largest economy and the government has decided the rules of the game have changed?

China’s months-long regulatory crackdown has included big names in e-commerce, the gig economy, exam cramming and most recently online insurance. Close to $1 trillion in market value has been wiped off China Inc since February. read more

For big firms that also list on markets like Wall Street because it brings in international investment, 2021 is already the worst year since the global financial crisis.

It could spring back of course, but there’s the rub. Many analysts are convinced things will settle, but only the Beijing ruling elite know if and when that might be.

“Investors have been jolted,” said Paul O’Connor, head of multi-asset at Janus Henderson.

“This will weigh heavily on the outlook for profits, valuations and investor sentiment in China.”

But by how much?

Morgan Stanley estimates MSCI China, which has seen one of its biggest lags on record versus world stocks this year, now trades at 13.9 times 12-month forward price-to-earnings, a 5% premium over MSCI’s broader emerging market benchmark. (.MSCIEF)

That compares to about 17 times at the start of the year. It could get down to 13 times, says Morgan Stanley.

Analysts bullish on Chinese stocks heading into the tumult are now assessing the damage.

In March, before the latest crackdown, the average consensus 12 month share price target for stocks in the MSCI China Index, was about 40% higher than a year earlier.

The majority of analysts rate giants Alibaba Group Holdings and Tencent Holdings (0700.HK) at least a “buy”, according to Refinitiv data, while most recommend a “hold” or “buy” for New Oriental Education & Technology Group , whose stock has tumbled close to 90% this year.

Evergrande Property Services (6666.HK), part of China’s most indebted property developer, has already lost more than half of its market capitalisation from the peak. The share price is currently trading around 13 times forward price-to-earnings multiples, significantly lower than peers.

Having pumped in more than $800 billion over the past five years, investors are not about to fold their bets that China will offer the biggest boost to global financial markets in the decades to come.

And while they acknowledge the changes are part of a broader plan to make economic growth more inclusive in the long run, they are mindful that future returns will depend much more on careful assessment of risk.

“It’s important to distinguish between what is really volatility or noise and what is here to stay,” said Michael Bolliger, chief investment officer, emerging markets, at UBS Global Wealth Management.

While some damaged sectors are likely to bounce back over time, others, like tutoring, which the government now wants to be non profit making, almost certainly won’t.

“They changed almost the DNA of these companies,” said Bolliger.

The hit has been painful. EPFR data shows around $2 billion was pulled out of equity funds with significant China exposure in the first week of this month alone. Morningstar figures point to China-focused funds nursing at least 7% negative returns. For context, they made around 13% on average for the past five years.

It has not only been stocks that have suffered.

China’s giant bond markets have been roiled by debt crises besetting firms such as Huarong and Evergrande (3333.HK), with the latter’s problems coming as the government seeks to slash leverage in the property sector.

“Will the government allow these property developers to default and have a big debt crisis? I find it very unlikely,” said Gustavo Medeiros, Ashmore Group’s deputy head of research.

“Investors will have to change their style of investing from being focused on yields to one based on fundamental analysis,” said Shamaila Khan, AllianceBernstein’s head of EM debt on the Global Markets Forum.

And it may also put Chinese assets on a more sustainable footing, supporting earnings in the long-run.

Having been on the receiving end of China’s tumble this year, Hans Peterson, global head of asset allocation at SEB Investment Management, is staying in and may add if Beijing and the central bank signal fresh stimulus.

“It is good to keep an eye on the possibilities in China, rather than the problems,” he said.