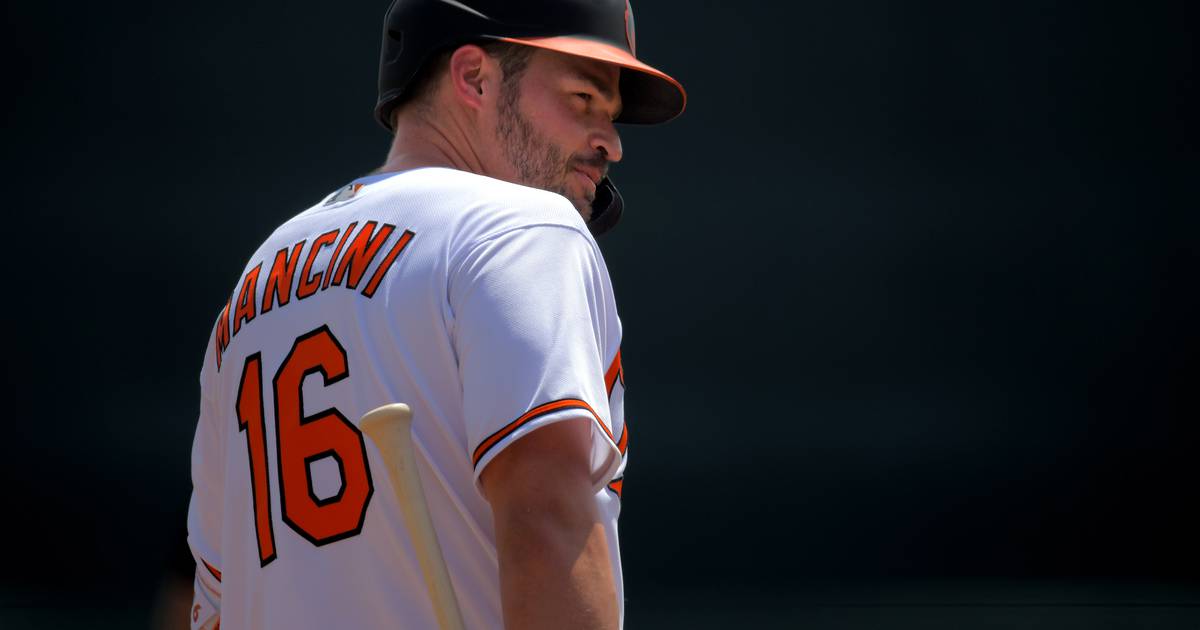 TAMPA, Fla. — Trey Mancini missed the 2020 season undergoing chemotherapy for colon cancer. He returned last season as baseball’s Comeback Player of the Year in the eyes of the league and his peers, contributing to the Orioles’ lineup throughout the year as the best story in the sport.

At some point this season, representatives from the Orioles will explain to a panel of arbitrators why they believe Mancini should be paid less than his asking price, arguing for a difference of less than Major League Baseball’s new minimum salary of $700,000.

Ahead of Tuesday’s salary exchange deadline, Baltimore did not agree to deals to avoid arbitration with Mancini, the longest-tenured member of the major league roster, and John Means, their projected opening day starting pitcher. For an organization that has repeatedly slashed payroll during a rebuild about to enter its fourth full season — projected to be 29th of 30 teams in 2022 with an opening day total of $40.6 million — the inability to agree to salaries with two of its most significant players is another case of bad optics. But even to Mancini, it’s simply part of the business of baseball.

“I’m maybe slightly surprised that we didn’t come to deal, but at the same time, it’s a part of the process,” Mancini said Wednesday from the visitors’ clubhouse at George M. Steinbrenner Field. “There’s a lot of guys going to hearings, and that’s the way the business works. There’s no hard feelings or really emotions, I think, that should be attached to it. It’s part of the game and part of the arbitration process. It’s in place for a reason, and this is the reason.”

“When he left, I said he might be a household name. He might be a guy that is just a superstar-type talent, and I didn’t see it coming.”

The surprise prospect of the Orioles’ system in 2021, Kyle Stowers showed off his “easy power” yesterday. https://t.co/oDTbGE4CTk

Arbitration is a structure used to increase the salaries of players with at least three years in the majors but fewer than the six required to reach free agency. The Orioles are among the teams who “file and trial,” meaning that once salary figures are exchanged, the sides will go to a hearing without further negotiations. Means, in his first season of eligibility, reportedly filed for $3.1 million, with Baltimore countering at $2.7 million. In his final season of eligibility before becoming a free agent, Mancini asked for $8 million, with the club’s valuation being $7.375 million.

It’s common for teams to fail to reach an agreement over a relatively small difference in salary. White Sox ace Lucas Giolito reportedly filed at $7.5 million, with Chicago countering at $7.3 million. Braves right-hander Max Fried, who helped Atlanta win its first World Series title since 1995 last season, reportedly filed at $6.85 million, while the Braves countered at $6.6 million. Last year, the Orioles went to a hearing with outfielder Anthony Santander, with a panel siding with the club and its $2.1 million suggestion over Santander’s $2.475 million.

Mancini earned $4.75 million in 2020 and 2021, believing accepting the same salary last season was “the right thing” after he didn’t play the previous year. He was unsure of what precedent there is for a player who during his pre-arbitration seasons was a finalist for Rookie of the Year and played at an All-Star level, then missed his first arbitration-eligible season before returning.

Such comparisons are vital for the arbitration system, with the panel determining between the figures largely based on what similar players were paid in the past. From a public relations standpoint, the Orioles would do well to give a cancer survivor and ace pitcher the salaries they ask for. But economically, the decision would have an impact beyond Baltimore’s clubhouse and payroll.

Orioles executive vice president and general manager Mike Elias described arbitration as “mind-numbing,” saying it’s “a systematic link-up of players across the years affected by past players that will affect future players.”

“It affects other clubs, and we’re constrained to work within those parameters as a club,” Elias said in a video call. “We do everything that we can to avoid [not coming to an agreement], but it does happen.”

The salaries set for Mancini, Means and other arbitration-eligible players this season will be used to determine such figures in future seasons, and it’s the job of Elias and other baseball executives to keep those values at what would be considered appropriate levels. Not all players who are similar to Mancini and Means on the field will be clubhouse and rotation leaders.

Given the nature of arbitration hearings — where sides can turn any bit of information into part of their justification — and the timing of this year’s, Elias declined to say whether the Orioles’ pre-deadline negotiations with Means and Mancini including any talk of multi-year extensions. Means said Thursday that none of the negotiations regarding his contract involved discussions of a deal going beyond 2022 and that he was “disappointed” to not come to an agreement.

“I’m pretty confident that that’s what I’m worth,” Means said.

Although Elias said the Orioles have had trade talks, “whether light or heavy,” with other teams, he didn’t get into specifics regarding Mancini, who as a pending free agent is a logical candidate to be dealt. He did say, given Means and Mancini’s status as relatively experienced members of the club, he does what he can to communicate with them about the Orioles’ plans for them.

Want to be an Orioles Insider? The Sun has you covered. Don’t miss any Orioles news, notes and info all baseball season and beyond.

“Those guys in particular, I’ve had career conversations with them,” Elias said. “We talk openly. I’m very respectful towards both of those guys, in particular. I have a lot of admiration for what they’ve done in their careers thus far and what they’re going to do going forward. But, look, I’m put in a position where I’ve got to manage the long-term future of the club, make business decisions on behalf of the club, so there’s some natural times when you’re at odds over things.”

When the Orioles nontendered popular infielder Hanser Alberto after the 2020 season, Elias cited the need “to operate within the economic framework of the collective bargaining agreement” in explaining the decision. The comment referred to how players are likely to receive at least a certain salary, one teams aren’t always willing to pay, through the system, which went unchanged in this year’s new CBA.

The 99-day lockout that preceded that agreement made the business of baseball a focal point of the offseason, and the fact that arbitration hearings for Means and Mancini — as well as other players who didn’t come to agreements with their teams — will likely take place after opening day offers another example of that side of the game dragging into the regular season.

“Sometimes, we really, especially this past year, wish the big-business element of Major League Baseball wasn’t thrust into the forefront as often as it has been,” Elias said. “But it’s the reality of it.”

That’s at least one place that Mancini and Elias agree, with the Orioles’ veteran describing the situation bleeding into the season as “a little unfortunate.” But beyond the day he sits in as the Orioles and his agency debate his worth, he figures it will have no impact on his season.

“There’s so many other people that go through this,” Mancini said. “One arb case isn’t bigger than the other.

“It’s not anything I’m going to mention or let affect me on a daily basis. It’s nothing I’m going to bring up. … As hard as it can be, if you leave the emotion out of it, then I think it’s the way the process works, and everything will be OK.”