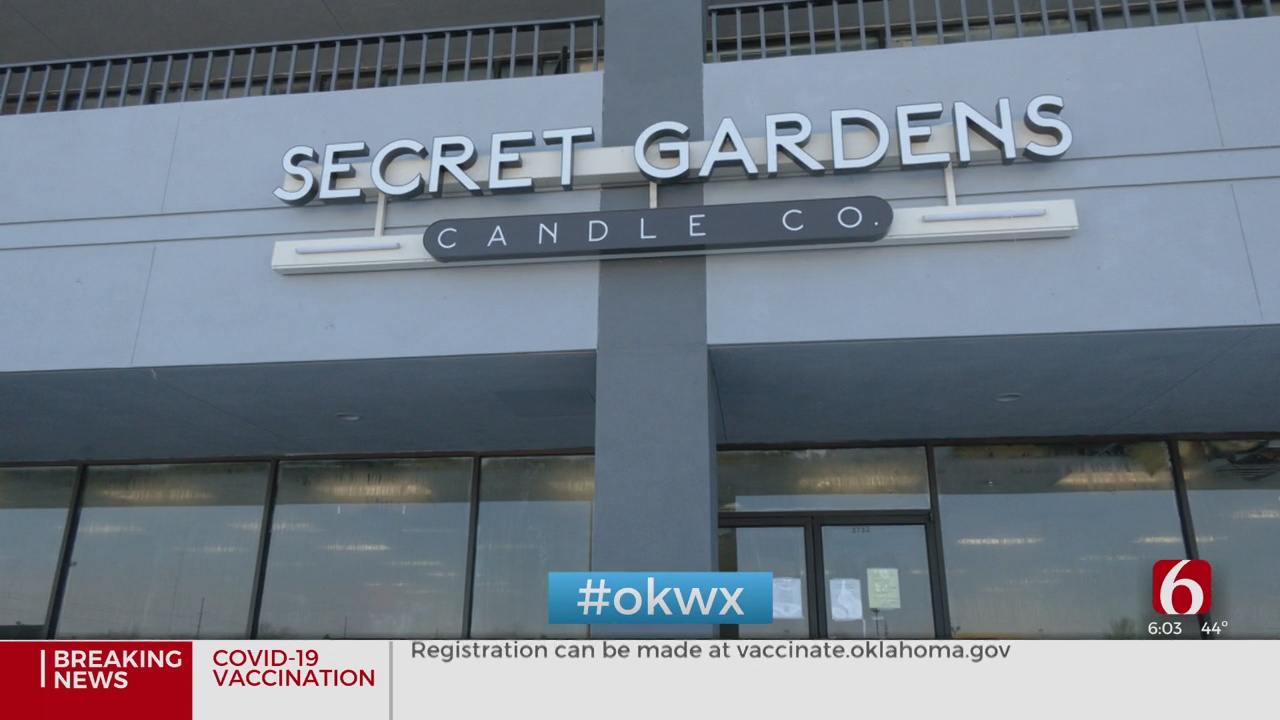 With the snowfall and subzero temperatures out of Oklahoma, local businesses are still feeling damaging effects of the storm.

Secret Gardens Candle Company in Broken Arrow is one store that has felt the devastating effects of this week’s historic snowstorm.

Store owner Matt Vasquez said a pipe burst on Tuesday which caused parts of the ceiling to fall and engulfed the store in water.

“For the moment, it was almost like the air just gets sucked out of you,” Vasquez said. “We looked and thought, ‘What could we do?’”

The company has been in business for 30 years, but Vasquez said, due to the pandemic, it’s been one obstacle after another to operate the business.

Vasquez and his wife bought the company last February. Now, they’re having to reassess everything after the winter storm.

Vasquez said he knows that there are some people who have it worse than him.

“For us, I think the other side of this is that we get to, in retrospect, sit back and say, ‘It could be worse. We could be on the streets in the middle of all this,'” Vasquez said.

A GoFundMe has been created to help Vasquez and his wife with the costs, but he says he intends to donate a large portion of the money to local homeless charities.

The help and support from the Broken Arrow community is what has helped Vasquez look forward.

“You know, our company has always been about giving back, and sometimes, you get in that seat of getting the giving too, instead of the giving,” Vasquez said.

Vasquez said his company is taking a $100,000 hit with the damages. He tells me he intends to go to a new location despite being insured.

The GoFundMe can be found here.