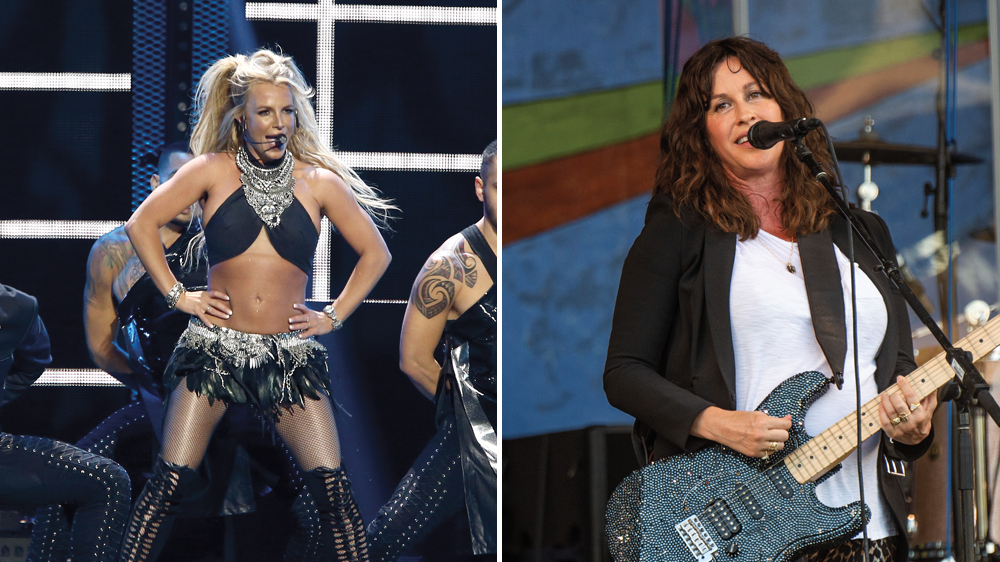 Business managers are more critical than ever in the entertainment industry — and that may be why they are under more scrutiny now than any other time in the history of their profession.

Artists and celebrities aren’t just “rich” any longer; they have true eight- or nine- (or more) figure wealth, invested in a multitude of ways to keep them making money whether their careers soar or sink.

To them, business managers are a sort of financial quarterback, the individual who pays their mortgages, bills and taxes, outsources their investments to wealth advisers and effectively runs their lives. Unfortunately, a series of high-profile clashes between business managers and the entertainers they work for has undermined the integrity of this essential role, especially after the details of their various acts of financial malfeasance were litigated not just in courts of justice, but also in the court of public opinion.

In 2017, business manager Jonathan Schwartz was convicted and sentenced to six years in prison for embezzling almost $5 million from former client Alanis Morissette. This year, the Britney Spears conservatorship controversy has thrust many of the most arcane aspects of business management practices into front-page headlines.

These incidents and others have only intensified the light shone on this profession, but with more artists making more money in more different ways than ever before, the attention may not only be deserved, but necessary.

Howard Krant is the managing member of Adeptus Partners, an accounting firm whose services include business management. One reason he thinks that individuals in his profession may be getting themselves into trouble is because they are increasingly being permitted to invest their clients’ money when they shouldn’t.

“We consider it to be a conflict of interest,” he tells Variety.

Krant indicates that much of this multi-level capitalization starts at an institutional level when financial planning organizations merge with business management firms to bring a potential client’s entire financial portfolio under a single roof. Business management firms get licenses to sell investments, so when their agents cultivate familiarity, or trust, with clients, they can mine their money multiple times by providing a number of services simultaneously — and this practice is not only legal, but encouraged.

“This was started a long time ago by American Express, who bought a number of accounting firms just to mine the clients for investment dollars,” he says. “There’s a lot of cross-pollination going on where it really shouldn’t be going on.”

Krant says business managers must not only understand the complex world of investments in order to advise their clients, but also know how and when to be able to say no to their clients.

“You’ve got to remember that professional athletes are always on the road, and they don’t really pay attention to anything that’s going on,” Krant says. “A lot of creative people are not financially savvy and are looking for people to take care of them. And I think the reason these incidents are getting reported more often is because you’ve got a lot of high-level people that people are taking advantage of.”

John McIlwee, founder of Los Angeles business management firm J. McIlwee & Associates, suggests the constant evolution of technology may further be enabling individuals to take advantage — although he says it might also make it easier for them to get caught.

“As we move into this much more complete digital world, that there’s a lot less personal interaction with people, which obviously makes it easier for somebody to get hacked and manipulated,” McIlwee says.

McIlwee acknowledges that every time a business manager’s bad behavior gets reported by the media, it makes his job a little harder. But as Krant does at his firm, McIlwee buttresses against those risks by being communicative and absolutely transparent with his clients through every step of the process about every decision.

“Our protocols are incredibly strict, but I would rather inconvenience somebody instead of making a mistake,” he says.

David Schachter is not a business manager, but as a wealth adviser for UBS Wealth Management USA, he works frequently with them in his day-to-day operations. When asked if he thinks there’s been a significant increase in acts of financial misbehavior or merely an uptick in the reporting of those acts, Schachter says that because of social media and the star wattage of many of the victims, these incidents have generated a greater degree of visibility, whether they’re reported completely or accurately.

“I think in entertainment, it pops up more because of the nature of the people,” he says.

“But when a story breaks, there’s kind of a perception of a negative thing without actually hearing the story, and then when you hear about it later, it may not be as bad as it was perceived.”

At the same time, Schachter insists that “transparency is probably the best that it’s ever been,” and says the business managers he works with are honest and operate with integrity. “I don’t think it’s like a kid looking at a candy jar,” he says. “A lot of these people have been responsible for helping these people build and maintain their fortunes. But because it’s Hollywood entertainment, it tends to magnify the negatives even more.”

He also offers an important reminder that when people become wealthy and famous, many people want to be around them and bend their ear. A business manager’s job is to handle clients’ financial lives, as well as help them make good decisions.

“They are a very important level of gatekeeping, so they can stay on and focus on their craft,” he says. “Without business managers, I think these clients would be really exposed.”

McIlwee goes further and says it’s important to try and understand each client’s personality as it relates to finance.

“What that means is [realizing] when a client is going to become panicked, and how do I avoid that from happening,” he says. “And people have different thresholds on peacefulness and security, so the best thing I can do is make sure that I’m in tune with the client and their situation as they are.”

Though none of the three argued for making significant changes to the industry to prevent financial temptation — and in fact consistently highlighted the stopgaps at their institutions that prevent it from happening — Krant suggests the easiest tactic is for business managers to remember their fiduciary duty to their clients.

“Why people don’t is truly amazing to me, but I think they get a little caught up,” he says.

“They’re like, ‘OK, I’m gonna invest like LeBron James bought part of the Boston Red Sox.’ I’m not saying it’s not a good deal, but that’s something that’s a little sexy, so the business manager will recommend it whether it’s good or not. So you’ve really got to look at the mindset of all these clients and how they’re going to spend money.”

He adds a bit of evergreen advice: “When the client wants to invest in a restaurant, which almost every client usually does, tell them no.”