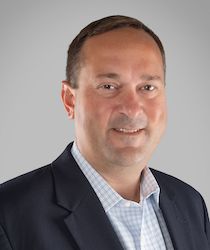 A community bank specializing in business services is moving into the Carolinas, choosing Wilmington for its first location. Customers Bank, headquartered in Reading, Pennsylvania, is a digital-forward financial institution with nearly $20 billion in assets, according to a news release.

The Wilmington team, which will serve businesses and their principals, is headed by Brad Neigel, Customers’ regional president of banking for the Carolinas. Neigel formerly was  First National Bank’s Wilmington market president.

“Initially we are looking at building a Wilmington team of 15 to 20 people over the next 12 to 18 months,” he said, adding that Customers Bank is searching for an office suite to house its operations.

“Wilmington will serve as the launching point into the Carolinas as the bank makes a more significant impact throughout the region,” bank officials said in a news release.

Customers Bank officials consider Wilmington a community where their financial institution can make a strong impact and compete very well, according to Neigel. “We felt that Wilmington, for what we do and what we’re able to bring to the table, was a better fit for a first location than Raleigh or Charlotte. We have a high-touch delivery model, and in Wilmington, face-to-face relationships are important,” he said.

The Wilmington banking team will focus on privately owned businesses generating between $5 million and $100-plus million in revenue: businesses that need help with capital financing, owner-occupied mortgage financing or investment real estate financing, according to the release. Other services will include treasury management and capital and financial support for businesses that want to relocate or expand their presence in the area.

“We are focused primarily on commercial loans and deposits,” Neigel added. “We’re solely focused on business banking, business lending. We don’t offer investments and insurance like many competitor banks do.”

Most of Customers Bank’s transactions and future growth will be through its online presence, according to Neigel. He pointed to the more than 320,000 SBA Paycheck Protection Program loans – with an aggregate value of $9.6 billion – the bank made nationwide. Customers Bank also recently launched a blockchain-based service that allows its clients to make payments to each other in real- time.

“Bank-wide, we have 11 branches, but we’re fairly similar to Live Oak Bank in some respects,” Neigel said. “We have a nationwide SBA lending model but have a pretty robust online retail banking presence. Although we do plan on putting a retail branch here in Wilmington, we’re much more driven to a digital platform. We’re not going to be a traditional brick-and-mortar bank.”

Customers Bank differentiates its services by being able to handle much larger transaction sizes than most local community banks, up to $120 million, the news release stated, adding that the local market executive is empowered to make these transaction decisions.

“We are not trying to be all things to all people. Our strategic approach is to partner with businesses and provide access to increased capital and capacity for larger, middle-market businesses,” Neigel said. “Our team is heavily focused on supporting the region’s economic growth and being a good corporate citizen. We plan to actively support the community and work closely with nonprofits and other organizations in the community that foster economic growth, prosperity, and opportunity for all members of our community.”