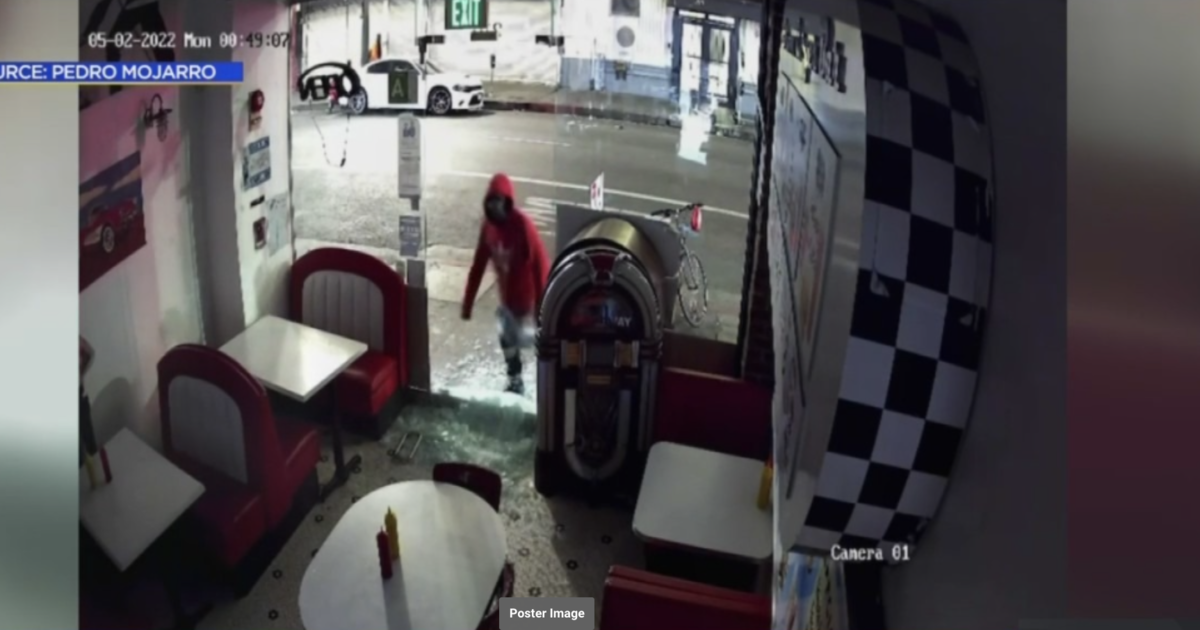 The owner of a downtown Los Angeles diner said he’s fed up trying to protect his business after a burglar smashed through his door with a manhole cover this week.

Others in the neighborhood also said crime is on the rise even as the Los Angeles Police Department steps up enforcement in the area.

Pedro Mojarro, who owns the diner, said he will spend another night there to try and protect his restaurant.

“He broke the door and stole the register with the money,” Mojarro said.

When the burglar alarm went off, Mojarro said he rushed down to his old fashioned diner, and then tried to search for the suspect who appeared to be riding a bike.

“Well, I saw the window and everything gone. So, I went to look for the guy all over downtown for three hours, but I couldn’t find him,” he said.

Mojarro said he had no choice, but to get right back to work serving up breakfast and burgers to customers, even without the front door. A replacement won’t come until next Friday, which means he has to stay at the restaurant around the clock to protect the place.

LAPD said his diner was one of at least two burglaries the occurred on the same block that morning. Mojarro said he heard there were as many as nine burglaries.

“I get mad because they keep doing this over and over,” Mojarro said.

“Poor guy. I’ve been knowing this man. He was the cook there. Now he’s the owner.”

Baker works security at the apartment building two doors down.

“It’s tough around here now. Crime is getting worse on 6th and Spring,” he said.

Signs are posted on the street, warning people that the area is being monitored by LAPD video cameras. Another sign reads “Special Enforcement Zone,” an effort to keep the sidewalks clear, but so far, business owners have said not much seems to be working to stop the crime.

Lyn and Gilbert Khoury own a sunglass wholesale shop not far away, on 4th Street.

Meanwhile, Mojarro said he’s running out of options on how else to protect his business, a place he worked hard to buy.

“I’m here every day, all day, except for Sunday. That’s my only day off,” he said.

As for LAPD, they said no arrests have been made.