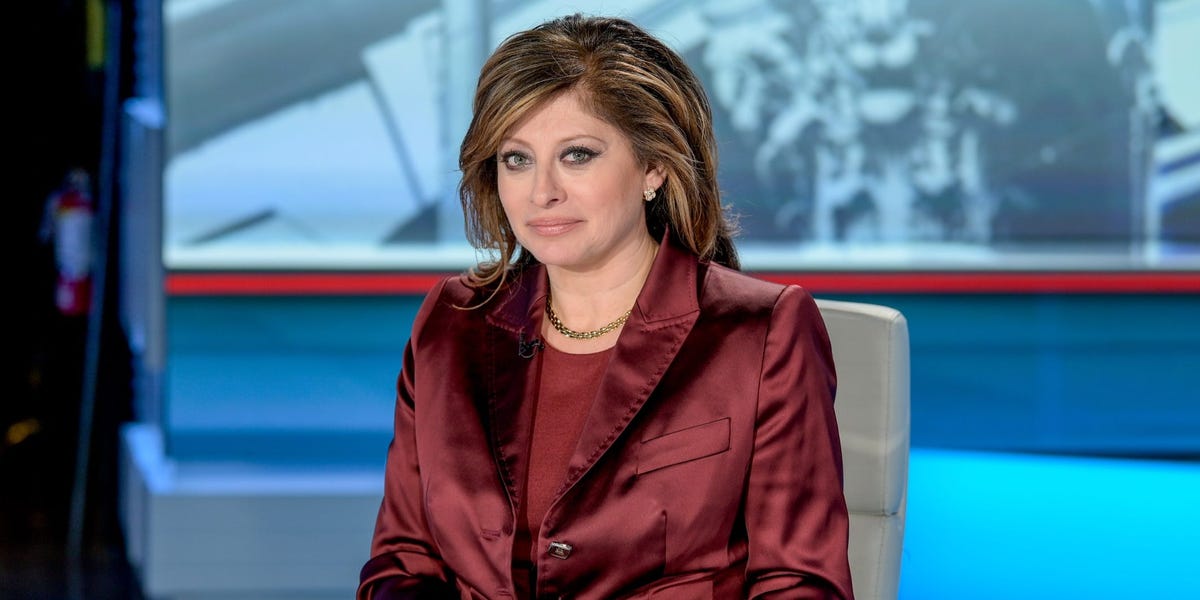 Maria Bartiromo is getting rebuffed by some in corporate America as she prepares for an upcoming stint as a Fox News opinion anchor, according to seven people who work in major financial institutions and financial-communications executives.

Bartiromo, who anchors “Mornings with Maria,” on Fox Business, among other shows, is about to get a tryout on a new opinion hour on Fox News at 7 p.m. The new show is said to focus on economics and policy, according to an insider.

She and her team have been making calls to sources to help book guests on the show, but several of these business executives say there is too much risk involved in appearing on air with her. Former Wall Street executives who used to be a layup for her have turned her down, they said.

“She’s having trouble getting CEOs,” one person familiar with the situation said.

Read more: Insiders at Fox News wonder what’s next as they try to acknowledge Biden’s victory without turning away Trump voters

“Everything she does fuses into politics. She’s become unmoored,” the exec said.

A financial-communications executive had recommended a conservative-leaning client appear on Bartiromo’s show “Mornings with Maria,” but the client declined, citing the political overhang.

“She’s really pro-Trump, and her show became a political show, not a business show,” this person said, adding that it was tricky for business executives to be sandwiched between politicians because the subject matter and questions could become unpredictable.

Fox News denied Bartiromo was having trouble lining up interviews, saying the show would mirror “Sunday Morning Futures,” which features policymakers, not CEOs.

Bartiromo’s debut as a lead-in to Tucker Carlson comes as the Biden administration takes charge, which leaves Fox News looking for a new direction. The news network moved Martha MacCallum’s straight-news show out of the slot after Newsmax’s Greg Kelly started to generate a rival audience. MacCallum now covers news in the afternoons.

Read more: Trump administration staffers are getting snubbed while hunting for jobs. One recruiter tried to place 6 of them and couldn’t land any interviews.

To be sure, Bartiromo’s long tenure covering business — she was the first person to report from the New York Stock Exchange live — means she is still a destination for some chiefs.

Fox News provided a list of CEOs who have appeared in the past two months, including Goya CEO Robert Unanue, who has spoken up for President Donald Trump, and healthcare chief executives such as Moderna’s Stephane Bancel and Eli Lilly’s David Ricks, to name a few.

“Maria Bartiromo’s signature programs are destinations for leading economic and political newsmakers, routinely breaking real-time news for viewers and earning both ‘Mornings with Maria’ and ‘Sunday Morning Futures’ their highest viewership ever in 2020,” a Fox spokesperson said.

Bartiromo didn’t immediately respond to a request for comment.

While some others might have been willing to talk to the veteran anchor in the past, a financial-communications executive said the Black Lives Matter protests and riots in the summer have made Bartiromo a no-go since September. In some cases, financial-communications executives are recommending against appearing; in other cases, they say clients are deciding for themselves.

The anchor has been widely criticized for not pushing back hard enough on Trump’s unsubstantiated claims of election fraud.

Multiple business sources said Bartiromo’s softball Trump interviews, coupled with the upcoming proxy season, made her a risky bet. That’s a time when shareholders get to question corporations on their policies. Shareholders and activists may question such things as diversity and inclusion programs, topics related to the environment, social responsibility, and governance. Saying the wrong thing in an interview can spark employee or shareholder backlash, or a lashing on social media.

“You get negative feedback from all the Trump haters or employees saying, ‘Why the f— are we on that show?’ For limited upside, why would you take the flack for doing it?” one senior executive at a big financial institution said.

Bartiromo has touched the third rail for corporate financial executives multiple times, one financial-communications executive said, pointing to an instance earlier this month when Bartiromo suggested on air that antifa was partly responsible for the riot at the Capitol.

One senior-level executive at a big financial-services institution said: “I would not voluntarily put my CEO on there.”