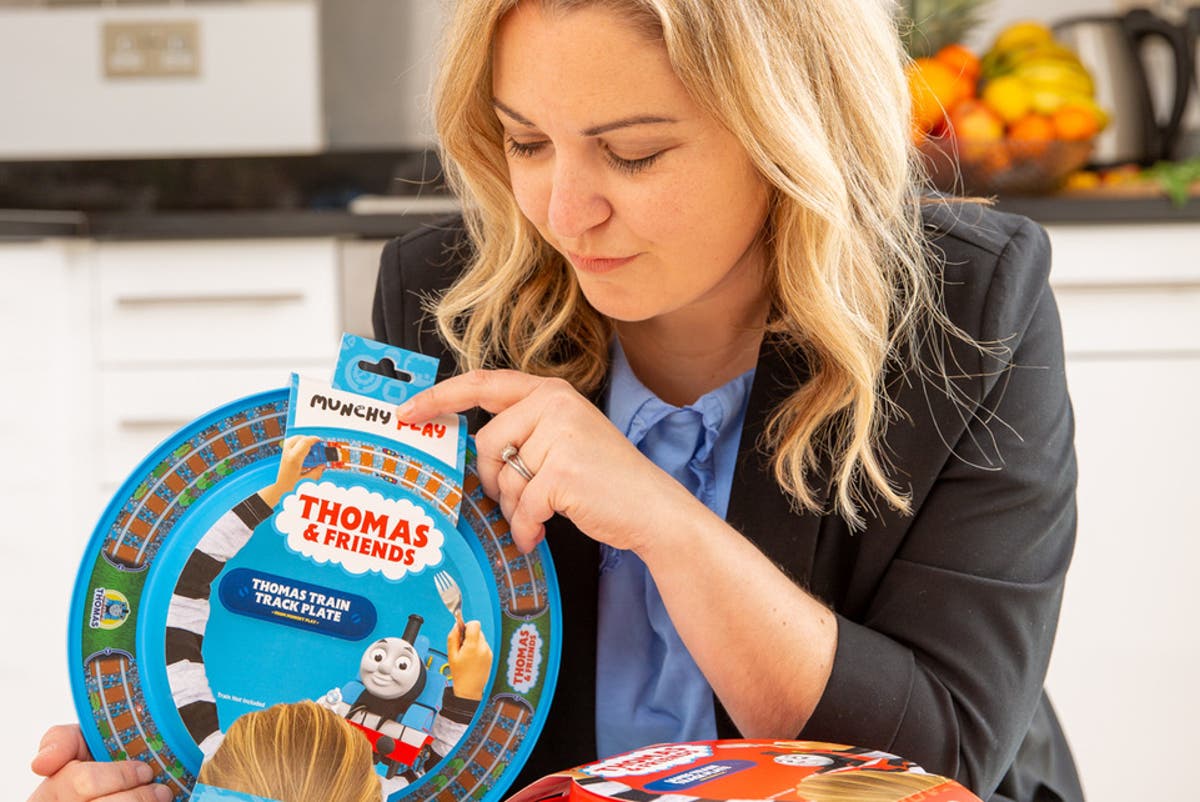 ophia Procter was communications manager at British Airways for nearly a decade, running the airline’s consumer PR including work on the London 2012 Olympic Games. Shortly after the now-43-year-old returned from maternity leave in 2017, a corporate reshuffle saw Procter face redundancy. Having just invented a kids’ plate with a play track around the edge to lure her fussy son to eat more, she decided to use her redundancy package from BA to start a business of her own.

“I came up with the idea for Munchy Play after a long day at work. I had just picked my son up from nursery, and had ‘mum guilt’ for not spending time with him, so tried to make it up by cooking a nourishing meal. Except, like many 18-month-olds, he had lost all interest in mealtimes. This particular day I’d made him a curry from scratch, but he refused to come to the table. I realised he was having too much fun with his toys and the dinner table was boring. So, I grabbed the trains and track he was playing with, and put it around his plate. In that moment everything changed. He not only came to the table, but sat there and ate. That was my lightbulb moment.

“When I took redundancy in 2017, I went straight into developing Munchy Play, whilst freelancing to help fund it. When I looked at what was involved in launching a new product — from intellectual property rights, to buying steel machinery — I realised it was a sizeable sum. I invested all of my redundancy and some of my personal savings to get it off the ground — about £50,000.

“Having a great idea is one thing, and bringing it to life is quite another. The first thing I did was due diligence — lots and lots of research checking the idea didn’t exist, before protecting it with design rights and intellectual property. Next, I approached trade bodies to find a British manufacturer: even if it cost more, I thought that parents trust British products, I wouldn’t have the worry of supply chain problems, and I was keen to invest in our economy.

“Once I found the right manufacturer, they told me I’d need CAD designs from which the steel machinery would be made, so I created a prototype and took it to the streets of London, thrusting it into parents’ hands for feedback! Naively, I thought I’d have it done in less than a year. But as I was creating a blueprint from scratch, there was a lot of back and forth, testing and failure. It took three years to make it happen. Along the way though, l was spurred on by some great people. I received mentorship from Innovate UK and the ‘Inventor in Residence’ at the British Library.

“I was finally ready to launch — with a few thousand plates ready to ship — in March 2020. Well, we all know what happened next. I had no choice but to press pause on the launch. I continued freelancing, helping small businesses with crisis PR. Then, around May, I realised that there was an opportunity here. Parents like me were stuck at home, exhausted from home schooling and childcare, looking for any kind of light relief – especially if it could be delivered to their door. So I decided to overhaul the business plan to focus on selling online, and launched Munchy Play in June 2020.

“Launching in the middle of a global pandemic was definitely not easy – but I took full advantage of all the support out there. Amazon and Enterprise Nation had launched programmes to help start-ups, which I joined. This got me on BBC Breakfast news! Joe Wicks’ office used to be near mine, so I dropped off some plates for his kids, and a few weeks later he used them on his Instagram account.

“When we won ‘Small Business Sunday’ an initiative hosted by [entrepreneur] Theo Paphitis to support small businesses, our social media went into overdrive and it gave us credibility too. Six months after launching, I approached Mattel as a licence partner, and we’ve been working together ever since. Launching the Thomas & Friends™ collection last year was a major moment.

“We’ve now sold 10,000 plates. The next milestone is getting into High Street retail. Customers keep asking us when we will be in John Lewis, Smyths Toys, Argos, Hamleys, Ocado and even on QVC. I would really love to see that happen. We’re launching a new car plate range and expanding into global markets — especially USA — is something I’d like to look at as our company grows, possibly with the support of investors in the future.

“Taking redundancy was a tough choice, however it was the right one. It enabled me to launch an award-winning product and gave me the freedom to work flexibly, something I’m grateful for as a mother.”