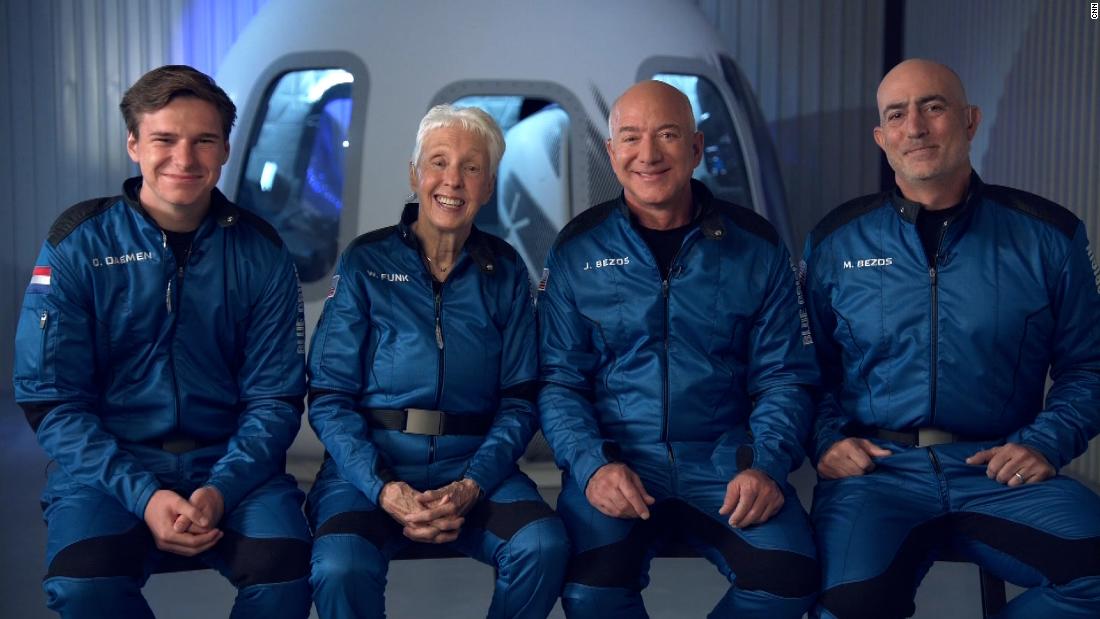 This is a question a lot of space nerds — and, apparently, Jeff Bezos’ team at Blue Origin — care a lot about.

There is no single definition of “outer space.” And deciding where space begins is largely an exercise in pinpointing exactly where the Earth’s atmosphere becomes less troublesome than the Earth’s gravitational pull. But there is no exact altitude where that happens. The atmosphere thins out, but the “vacuum of space” is never really devoid of matter entirely. It’s a blurry line.

Where does space begin? Does it begin when you look up, and the sky goes from blue to dark and speckled with stars? What about when you just go so high enough that you float, like you see with astronauts on the space station?

An orbiting spacecraft moves at the right speed so the curve of its fall matches the curve of Earth. Because of this, the spacecraft keeps falling toward the ground but never hits it. As a result, they fall around the planet. The moon stays in orbit around Earth for this same reason. The moon also is falling around Earth.

And while Bezos and his fellow passengers won’t be going into orbit, they will be experiencing microgravity, as they freefall from the peak of their journey, very similar to what astronauts experience on the ISS. Except they’re not moving at over 17,000 mph like the people on the ISS, so the New Shepard capsule and rocket will come screaming back down to Earth rather than continuously circling the planet.

Richard Branson’s flight aboard the space plane developed by his space company, Virgin Galactic, nine days ago reached more than 50 miles high, which is the altitude the US government considers the beginning of outer space.

Bezos’ flight will hit more than 62 miles high — also known as the Kármán line — which is the altitude internationally recognized as the boundary.

Exactly which is correct — the US-accepted 50-mile mark or the internationally accepted 62-mile Kármán line — is widely debated and mostly arbitrary.

But when we say the international community “recognizes” or “accepts” the 62-mile Kármán line as the edge of space, we’re mostly talking about one organization: The the Fédération Aéronautique Internationale, which keeps track of world records in spaceflight such as tallying how many people have become astronauts.

But even the FAI has said it’s considered changing its definition to the US-recognized 50-mile mark in response to research from Jonathan McDowell with the Harvard-Smithsonian Center for Astrophysics.

What you should know: It’s not a huge deal. And people that fly on Virgin Galactic and Blue Origin — both US-based companies — will still be in the American-recognized version of outer space.

Though it should be noted, neither company is sending passengers to orbit.

From the beginning, New Shepard was designed to fly above the Kármán line so none of our astronauts have an asterisk next to their name. For 96% of the world’s population, space begins 100 km up at the internationally recognized Kármán line. pic.twitter.com/QRoufBIrUJ