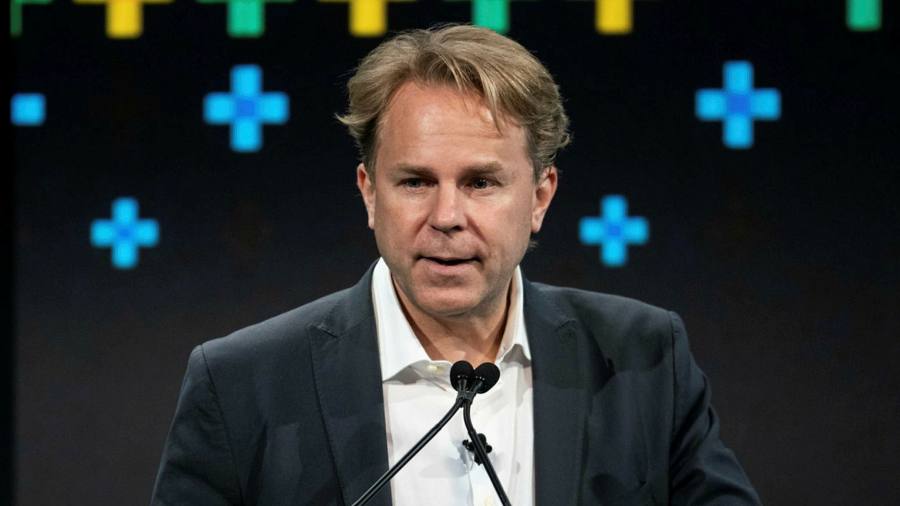 The founders of a news organisation designed to take on CNN, the BBC and the New York Times say they have had a “flood of inquiries” from investors but deny they are exploiting a hot venture capital market to make a fast buck.

Justin Smith stepped down as head of Bloomberg Media this week and Ben Smith resigned as a New York Times columnist to create an “unbiased” news publication aimed at an international audience of 200m university-educated English speakers.

“Many of the inquiries come from really prominent and fantastic sources who have tied their interest to their incredible frustration with the current news situation,” Justin Smith told the Financial Times. “I actually had a senator text me, saying: ‘This is such a huge problem, thank you so much for doing this.’” He declined to name the investors.

Justin Smith admits his plan to create the world’s leading news brand is wildly ambitious and, if it works out, will take 10 to 20 years to achieve. “I’m dedicating the rest of my working life to this. I’m not building this to sell it,” he said.

Over the past decade, online media start-ups, including BuzzFeed where Ben Smith previously served as editor, have popped up claiming to be the future of journalism. After luring hundreds of millions of dollars from investors, these start-ups often failed to live up to expectations.

Justin Smith says he will not follow this path. “This is not a Silicon Valley venture capital model of raising money and exiting in a short timeframe,” he said. “Everyone saw what happened to Quibi [the video streaming service that raised $1.8bn and shut down after six months] . . . everyone saw what happened to Vice [the media group that struggled to achieve profitability and pulled a planned stock market listing]”.

With trust in the news media at historic lows, the pair aim to build a globally focused, unbiased news publication across digital text, video, audio, newsletters and events.

This publication would be general interest rather than financially focused, differentiating it from the Wall Street Journal, Bloomberg or the FT, Justin Smith said.

He views his main competitors as the New York Times, Washington Post, CNN and BBC, arguing that these incumbents remained too focused on their domestic audiences.

Ben Smith described the new publication as “post social media”. “Obviously I was in the middle of this and I’m not trying to wash my hands of it,” he said, referencing his time at BuzzFeed, where viral posts and listicles were intermixed with serious news. “But I do think that social media deeply changed the news business in the last 10 years, for better and for worse. It’s just obvious in public opinion research and in my inbox, that people are really unhappy with the way they’re being delivered news.”

He felt that newspaper articles were “not the best way to deliver information” and wanted to innovate in terms of how stories were told. When asked for specifics, he said: “It’s way too early to start spitballing with you.”

The Smiths’ plan to shake up the news business comes as the industry has splintered between the haves and have-nots. A handful of premium publishers — such as The New York Times, The Wall Street Journal and the Financial Times — have succeeded by selling online subscriptions to readers, while smaller regional newspapers and digital media have struggled financially.

The news that two of the most prominent faces in media were leaving their plum jobs for a start-up lit up media gossip circles this week. Some derided how fuzzy the details were, questioning how this would be different from the many existing news options. Others pointed to the lack of diversity, with two white men who share the surname Smith starting a news organisation in 2022.

“I think some people on social media missed the point. It’s pretty straight forward, if you do the math”, said Justin Smith. “There are 1,200 universities that teach in English outside the UK and US, that graduate 9m graduates a year into the world. Over the next 10 years there will be exponential growth of the college-educated class globally.”

Addressing the issue of diversity, Ben Smith said: “You’ll have to judge us by our hiring and the content. But you know, we aim to . . . hire magnificent journalists who are connected to audiences all over the world. And that’s going to have to be representative.”

The unrelated Smiths do not operate in the same social circles, but having met at industry events in recent years, they began discussing ideas for how to shape their industry. Just before the pandemic struck in 2020, they met in Manhattan, where Justin Smith pitched Ben Smith on his vision for a new publication.

In the past three months their talks finally came to fruition. Ben Smith felt ready to move on from his post at the New York Times, where he’d made his Sunday column a must-read for those interested in the media industry. “I’ve been at the Times for two years on this beat, really enjoyed it and felt like I’ve done a lot of what I’m supposed to do,” he told the FT.

At the moment, the two are focused on hiring a management team and editorial talent, as well as fundraising. At one point, Justin Smith interrupted the interview to take a call from a “star journalist” who he said told him: “Just sign my paperwork; I’m on board.”