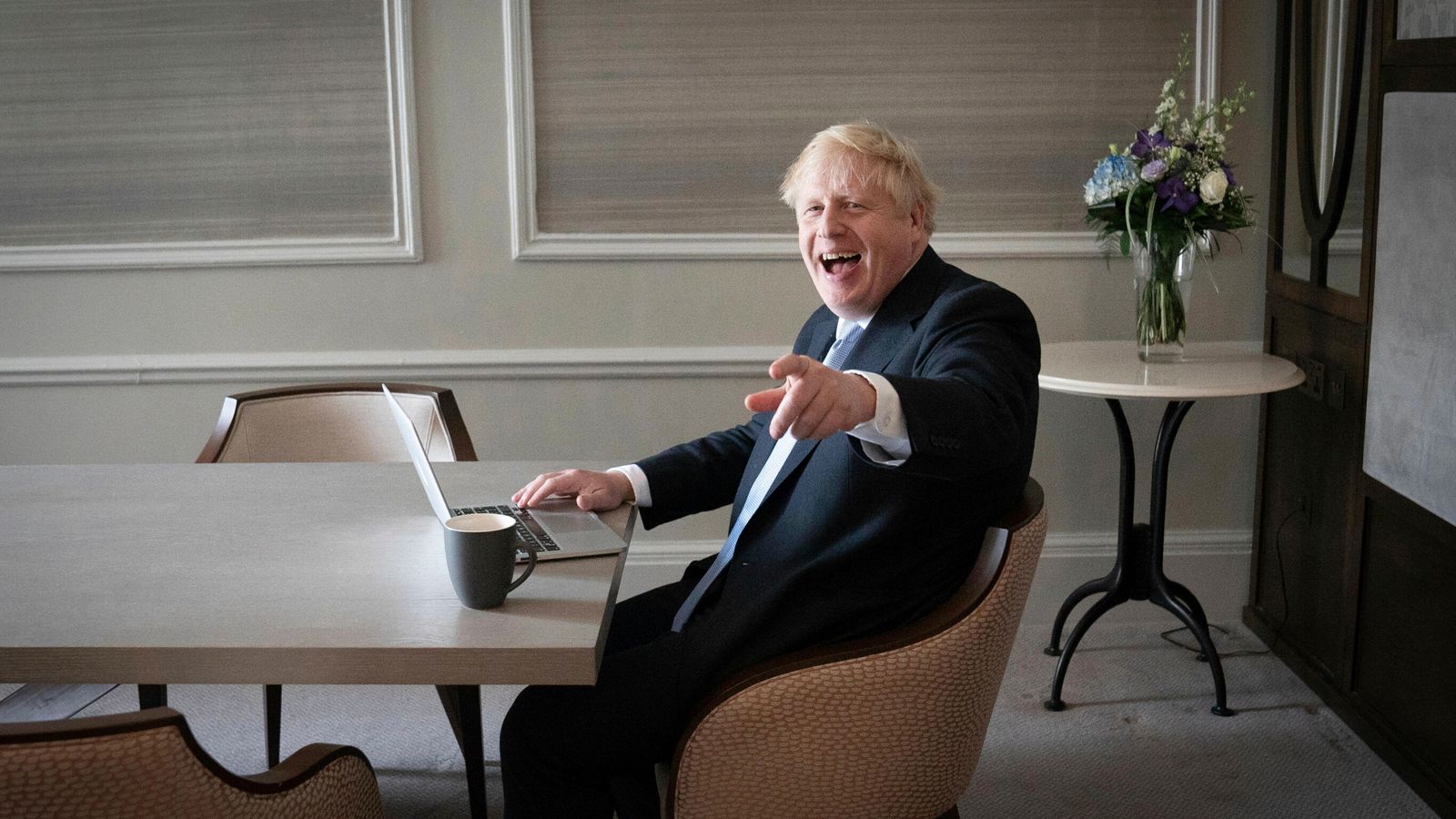 It was in 2018, during the apparently endless post-Brexit vote debate, that Boris Johnson first said, “F*** business”.

As political credos go it hardly fits former New York governor Mario Cuomo’s exhortation to “campaign in poetry”, but after this speech to the Conservative Party conference we can be sure Prime Minister Johnson will govern in the same salty prose.

Mr Johnson’s brand of rhetoric depends on targets for his crowd-pleasing shots.

Sir Keir Starmer would have expected to be in the cross-hairs, so too the “lefty Islington lawyers” Mr Johnson derided, though it might have come as a surprise to the PM’s former wife, a lawyer with whom he shared a £3m home. In Islington.

It is a relatively new experience however for the captains of industry who until recently took the favours of the Conservative Party for granted.

Instead of being feted they found themselves squarely blamed for the supply chain crisis that threatened to overshadow Mr Johnson’s optimistic message in Manchester.

The prime minister’s beef stems from businesses’ persistent warnings that leaving the European Union would severely disrupt the UK labour market, and with it, the economy.

Having dismissed them as “remoaners” in 2016, in recent months, as some of their predictions came to pass, ministers have sought to deny links to Brexit.

In the last fortnight, however, Mr Johnson has alchemised the profound problems into political gold: rather than evidence of a failure to adequately prepare for Brexit, or allow business to recover from the pandemic, the labour shortages that have left fuel undelivered, pigs unprocessed and crops left to rot are proof his government was right all along to insist on change.

“The answer to stresses and strains is not to reach for the lever marked uncontrolled immigration…not to use immigration as an excuse for a failure to invest in people, skills and machinery,” the prime minister said.

Mr Johnson’s argument, persistently made this week, is that a reliance on overseas workers has embedded low wages at the expense of UK employees, and ending free movement will deliver a high-skill, high-wage economy.

His problem is that very few serious observers, in business, economics, or perhaps even his own cabinet, believe it’s that simple.

And even if they do, it’s unlikely to prevent the current problems persisting until Christmas and beyond.

The Adam Smith Institute, guardian of free market economics, was withering, describing the PM’s speech as “bombastic but vacuous and economically illiterate”.

“Shortages and rising prices simply cannot be blustered away with rhetoric about migrants…There is no evidence that immigration lowers living standards for native workers,” said the think-tank’s head of research Matthew Lesh.

The libertarian Institute of Economic Affairs (IEA) was equally blunt.

“Unnecessarily restricting the supply of labour may lead to wage increases, but these will be passed on in price increases,” the IEA said.

“A strategy to make things more expensive will not create a genuinely high-wage economy, merely the illusion of one.”

Lord Wolfson, the chief executive of Next and a Conservative peer who campaigned for Brexit, told the BBC: “When I talk to people who are in the restaurant industry, or in the hotel industry or the care home industry, there is real panic and despondency.”

Of the government’s insistence on abruptly cutting off overseas labour, he said: “I think that approach leads to queues at petrol stations and pigs being unnecessarily shot.

“I don’t think that is a particularly constructive approach.”

And the CBI, original target of Mr Johnson’s F-bomb, said: “Ambition on wages without action on investment and productivity is ultimately just a pathway for higher prices.”

Please use Chrome browser for a more accessible video player

While few may object to higher wages or ending a reliance on low-skilled overseas workers at the expense of British employees, putting employers into cold-turkey could mean no turkey at Christmas, and increasing pay on its own is not enough.

Without an increase in productivity, something that has been beyond the UK for decades, higher wages will likely only deliver inflation, and inevitably a rise in interest rates.

When the applause dies down and reality replaces political theatre a more measured discussion may begin.

Business can be in no doubt that it has to change, but government must know that attracting, training and developing a domestic workforce to fill the hole left by EU workers will take time.

Until then a compromise is required to keep the economy on track.

If as much energy had been put into preparing for life after Brexit and COVID as has gone into spinning the current crisis, it might already have been reached.