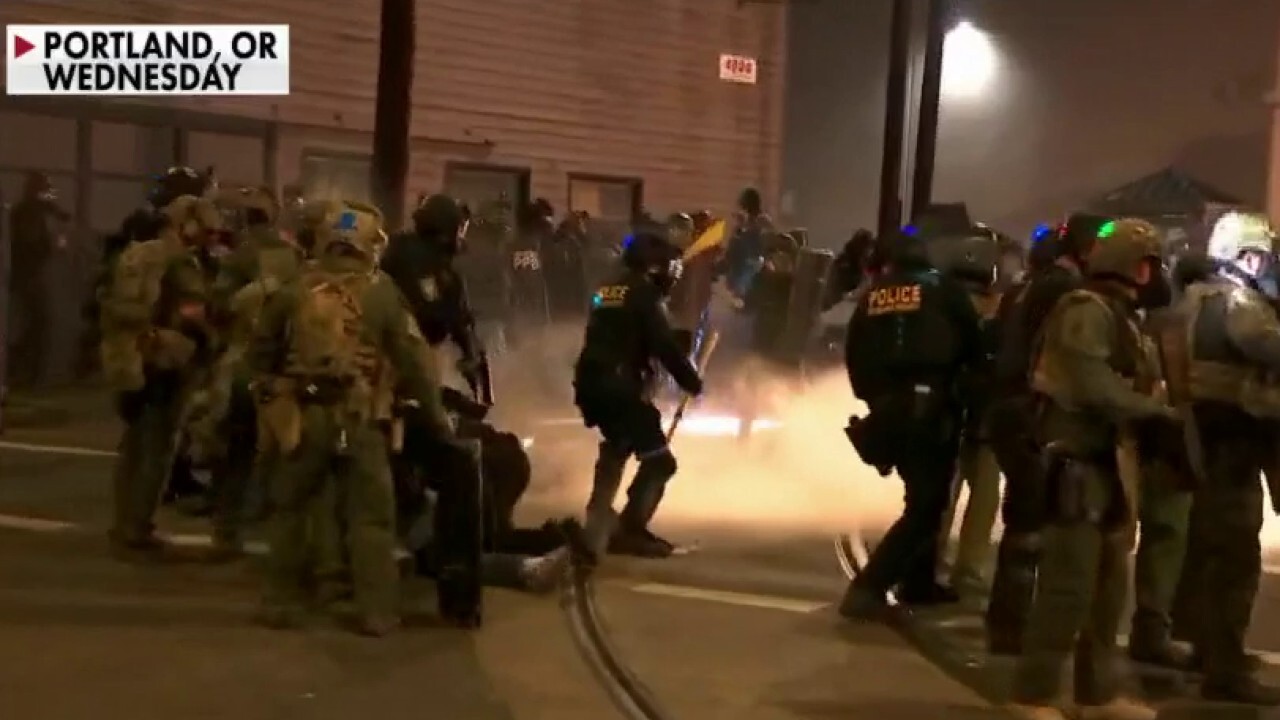 Portland, Oregon, business owner Stacey Gibson’s Subway franchise is one of many area businesses boarded up amid recent riots and unrest in the city.

“It’s just sad. It feels like a dungeon inside,” Gibson told Ainsley Earhardt on “Fox & Friends” Friday morning. “It’s depressing for the people that are working.”

On Wednesday, about 150 people marched on the headquarters of the Democratic Party of Oregon and a federal Immigration and Customs Enforcement (ICE) building to protest against President Joe Biden’s inauguration. Gibson said the damage caused by rioters has been “devastating” to her community.

“They come out here and they just literally destroy whatever they can, throwing things around,” Gibson said. “They’re just going to pick it up and throw it wherever they can. The damage that happens to the businesses down there is just devastating.”

Gibson argued local officials should do more to stop the riots, adding that a lack of prosecutions against those involved will only encourage rioters to continue wreaking havoc on the city.

“I mean, they say a lot of things, but actions are what matters,” Gibson said. “They don’t prosecute anybody. They’ll arrest them, but they’ll be out within a few hours.”

“They’re just going to keep doing it, which is evident,” she added. “I don’t have any idea why they don’t, you know, just actually crack down on it. It would be great if they did.”

Gibson said the riots are just one of many challenges for businesses over the last several months, including continued unrest and the ongoing coronavirus pandemic.

“We’re just trying to hang on and trying to recover, really,” Gibson said. “And this is just one more knife in the back.”