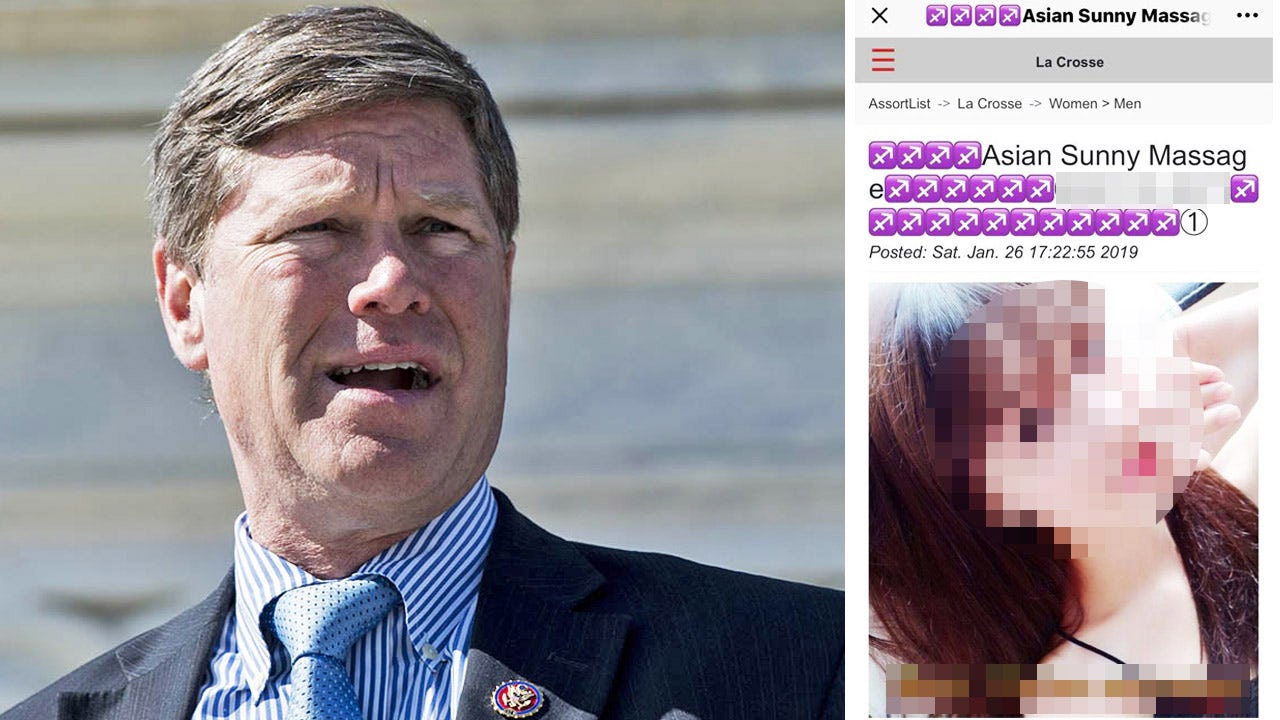 Kind rents a storefront property to Asian Sunny Massage – formerly known as Impression Spa – that had advertisements for their business on websites such as AssortList and RubMaps, a Fox News report revealed Wednesday.

“As a former special prosecutor, I take any allegation of wrongdoing seriously. But that’s not what this is. This is a baseless smear rooted in racism and insinuations. Tawni and I have never received any complaint from the community or police about this small business,” Kind said in a statement released to the La Crosse Tribune.

“Because of Derrick Van Orden and his allies pushing lies, local police are increasing patrols to ensure the safety of this Asian-owned small business. In light of what has happened across the country and especially in Atlanta last month, it is irresponsible, dangerous and despicable of Derrick Van Orden to slander this local business owner and put law enforcement in harm’s way,” the congressman added.

Asian Sunny Massage in La Crosse, Wisconsin, deleted their Facebook page following reports this week that revealed advertisements from the business on sites like RubMaps, which USA Today has described as a “Yelp for sex spas.”

The massage parlor’s owner, Jie Yang, told Fox News that the business only performs massages and does not provide other “services.”

The spa’s attorneys gave a statement to the La Crosse Tribune on Wednesday, as well, defending the business.

“These stories are a sad attempt to use politics in its worst way and, in doing so, to hurt an Asian American operated business in the process,” they said. “Asian Sunny Massage runs a perfectly legitimate business. It operates in accordance with all state and local regulations.”

“Any statements or implications to the contrary are defamatory and anyone in the press or politics saying otherwise is risking serious legal action,” the statement continued.

“In today’s political climate in which Asians and Asian-run businesses have been the subject of bullying, harassment and mass shootings, targeting an Asian business with these fake assertions in a weak attempt to make some political point is really despicable,” they added.

NRCC spokesperson Mike Berg told Fox News on Thursday that the congressman “has a lot of questions to answer.”

“If Kind profited from any illegal activity, voters will hold him accountable,” Berg added.

Van Orden said on Wednesday that the Fox News report regarding Asian Sunny Massage was “incredibly disgusting” and called for an investigation into the business.

“Today’s report is incredibly disturbing and opens the door to many more questions that need to be answered,” said Van Orden. “I fully support law enforcement and encourage them to investigate this business to uncover any potential illegal activity.”

La Crosse Police Department Officer Dustin Darling told WIZM on Wednesday that there is “no active investigation” into Asian Sunny Massage and that there was “nothing that’s been substantiated or [found] on any of the stuff here.”

“We did a 10-year listing of calls for service and there’s very, very minimal calls there at all. No reports were even completed for anything there,” said Darling. “When I looked at the 10-year one [public records request], there’s nothing on it.”

Impression Spa first opened in April 2018 and an ad appeared on BodyRubsMap on its opening day. BodyRubsMap has advertised itself as the “best alternative to Backpage,” a now-seized website known as “the largest online U.S. marketplace for sex trafficking.”

In multiple Facebook posts in 2019, Impression Spa included screenshots of advertisements on AssortList that featured suggestive photos of women and the business’ phone number.

Parts Of A Computer