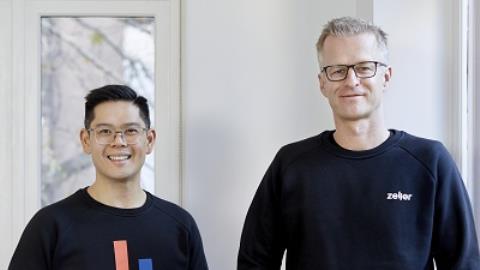 Founded by a pair of former Square executives, business banking startup Zeller has raised $25 million in one of Australia’s largest pre-launch Series A funding rounds.

VC Addition led the round for Melbourne-based Zeller, which is building an integrated payments and financial services offering for growing businesses.

Zeller is planning to launch its first product imminently, helping firms to get paid, access their money, and manage their finances faster and simpler than they can today.

The startup was founded by former Visa exec and Square Apac leader Ben Pfisterer and his colleague at Jack Dorsey’s firm, Dominic Yap.

“Our experience tells us that Australian merchants still hit roadblocks when it comes to things as simple as accepting card payments, managing cash flow, and accessing their hard-earned funds. In a modern, digital-first economy, these things should be effortless” says Pfisterer. “These are longstanding problems that Zeller will solve by bringing together the tools businesses need to accept payments, manage their finances, and pay recipients.

Since coming out of stealth in July last year, the firm has grown its team to 50 people, making 38 new hires in the past six months to boost its capabilities across product, engineering, strategy, risk and compliance.

They have brought in experienced industry players, including head of front end David Conn, who has previously led payments infrastructure teams for some of Australia’s biggest banks, and head of back end Alfred Wong, who has held several CIO and CTO roles in financial services and payments businesses.