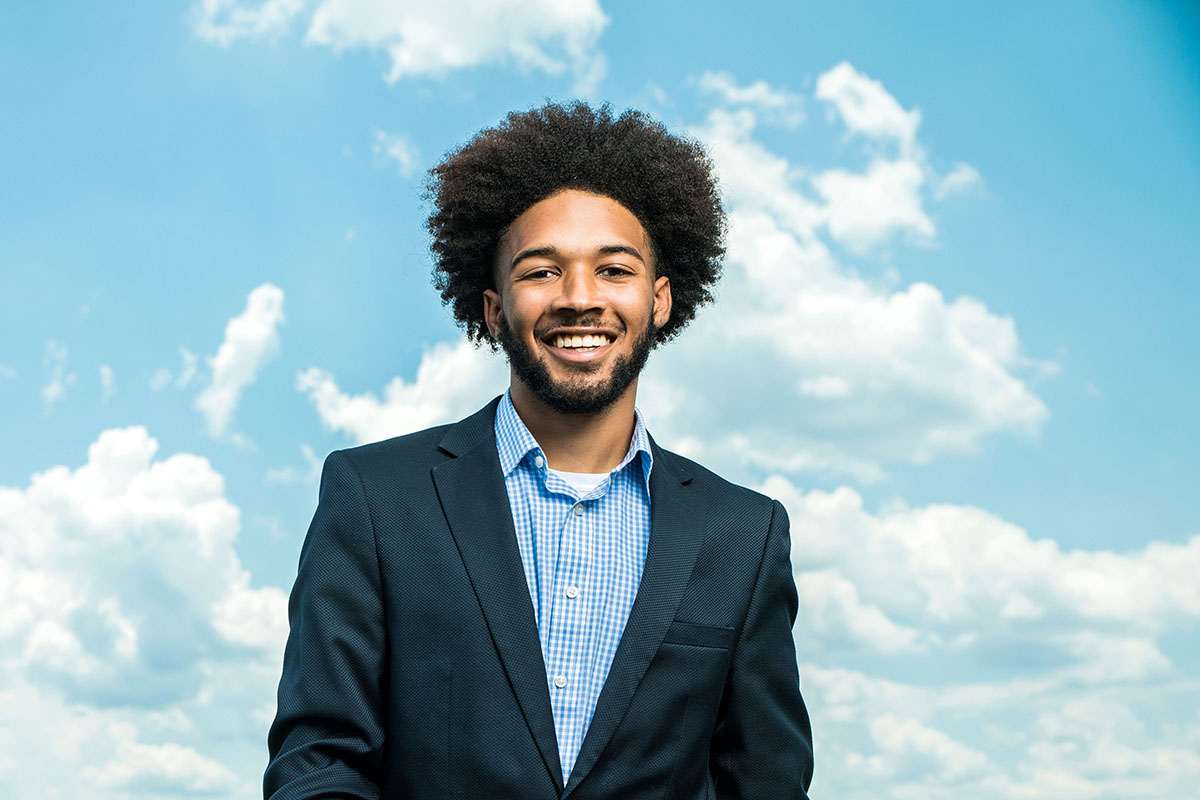 University of Montevallo senior business management major Jay Houser had already found professional success as a high school student before setting a foot on the UM campus. Now, he’s planning to use his Montevallo education to take his business to the next level. 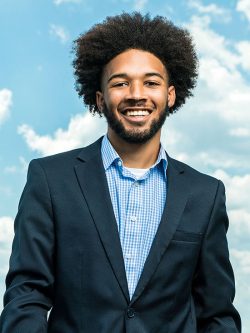 Houser founded his company, SkyRocket, when he was a junior in high school in 2016. SkyRocket is a full-service digital marketing company with 15 team members – all college students and young professionals – with clients throughout the area.

“Upon graduation, I plan on utilizing all the information I’ve learned at the University of Montevallo to continue to build my business,” Houser said. “We’re currently preparing to begin our fundraising stage where we’ll raise seed capital – hopefully completing the priced equity rounds by early 2024. We’ll use this capital to build and beta test The SkyRocket App, establish our SkyRocket Studios (collaborative workspace and production studio) in select cities around the US and promote our SkyRocket Academy membership packages, courses and workshops.”

Building a successful company from the ground up hasn’t deterred Houser from being heavily involved on campus. He is the president of Alpha Phi Alpha Fraternity Inc., previously served as vice president of the National Panhellenic Council and is a MAPS Scholar, Montevallo Maven, Montevallo Master, M.A.D.E. Ambassador and intramurals referee. He has also been a student worker in the UM President’s Office and Admissions Office.

Growing up in Shelby County, Houser was familiar with UM, but didn’t realize the tremendous opportunities available at the University before attending a Preview Day.

“When I came to Preview Day, I was able to get an inside look at Stephens College of Business and additional campus resources,” Houser said. “Although I grew up in Shelby County and always knew about UM, I never really considered enrolling here as a student before that day. I had no idea about all the opportunities and resources that were right under my nose growing up.”

Since that day, Houser has been making the most of UM’s personalized, close-knit atmosphere and educational offerings.

“My experience at the University of Montevallo has been phenomenal,” Houser said. “I’ve been able to get involved in a number of different organizations and build relationships for students and faculty that will last for a lifetime. I’ve been able to accomplish things that I never thought possible, and I know that I’m prepared for whatever life throws my way.”