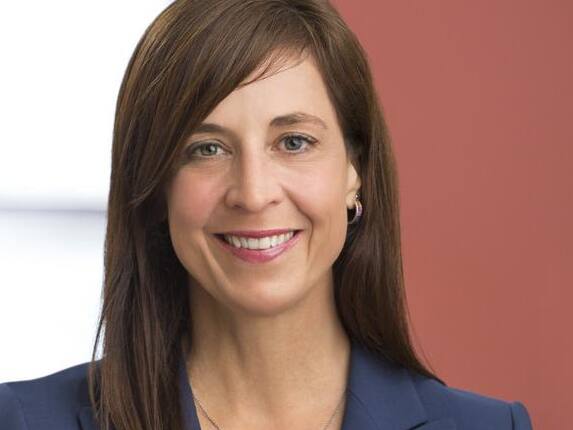 Ultragenyx had previously announced the planned departure of CFO Shalini Sharp. She will remain in the role until Dier starts in November and plans to consult for the company for six months after.

Dier joins Ultragenyx from Portola Pharmaceuticals, where she was CFO from 2006 to 2018, then chief business officer from 2018 through its acquisition by Alexion Pharmaceuticals in 2020. Prior to Portola, she was vice president of investor relations at Chiron Corporation from 2003 to 2006. Earlier in her career, she was in the audit department of KPMG Peat Marwick and worked as an investment banker at Prudential Securities.

She holds a Bachelor of Science degree in biology from Stanford University and an MBA from the Anderson School at the UCLA. Dier serves on the board of directors of Adamas Pharmaceuticals, ORIC Pharmaceuticals and Prelude Therapeutics.

David Casassa has joined River City Bank as senior vice president, market manager for its newest region in the North Bay. The bank stated he brings more than 20 years of experience in establishing and building relationships with business banking clients, having most recently led commercial banking efforts as senior vice president and regional manager at Bank of Marin.

Prior to his role with Bank of Marin, Casassa worked for Umpqua Bank, Presidio Bank and Greater Bay Bank. He has previous experience opening a North Bay office for Presidio Bank in 2007.

Casassa earned his Bachelor of Science degree in mathematics from Occidental University in Los Angeles.

He joins the Allen Wine Group team after 11 years as general manager at Schug Winery, where he was responsible for all operations including financial planning, accounting, and production, the Santa Rosa-based Allen Wine Group stated. Prior to that, Stone was the controller for Kuleto Estate Winery, controller for Clos Du Val, and cost accountant for Treasury Wine Estates, the Santa Rosa-based winery stated.

He has a bachelor’s degree in business economics from the University of California Santa Barbara and an executive MBA in wine business from Sonoma State University.

Michael Lennon, general manager of Calistoga Spa Hot Springs, has been elected chairman of the board for Visit Napa Valley.

Ryan Prichard has been chosen as the 2020 Rising Wine Star Winemaker of the Year from LuxeSF and Modern Luxury, publishers of San Francisco and Silicon Valley magazines.

The Sonoma-based winery stated that LuxeSF is presenting the Rising Wine Star Awards “to acknowledge individuals and organizations that are building reputations and conquering an ever-changing marketplace, and who epitomize the new generation of the wine industry in California, specifically Napa and Sonoma.”

Brenna Benjamin has joined Ombudsman Services of Contra Costa, Solano and Alameda as community engagement coordinator. The company checks on the quality of care at long-term care facilities.

It stated that Benjamin will also oversee the organization’s new Friendly Visiting and Telephone Reassurance Program in Solano County. During her previous employment at NorthBay Healthcare, Benjamin worked as a trauma injury prevention and outreach technician, where she was steadily involved with fall prevention efforts among the older adult community in Solano County.

Strathy is new to the team as Northwest Division manager. The company stated he has extensive knowledge of the Washington and Alaska markets.

Hayes will be regional manager in charge of the Columbia, Oregon territory. The company stated he has nearly 15 years of experience in the wine industry and he holds multiple certifications including Court of Master Sommeliers, level 1, and Oregon Wine Board Master Class, level 1.

Overseeing Colorado as state manager will be Rogers.