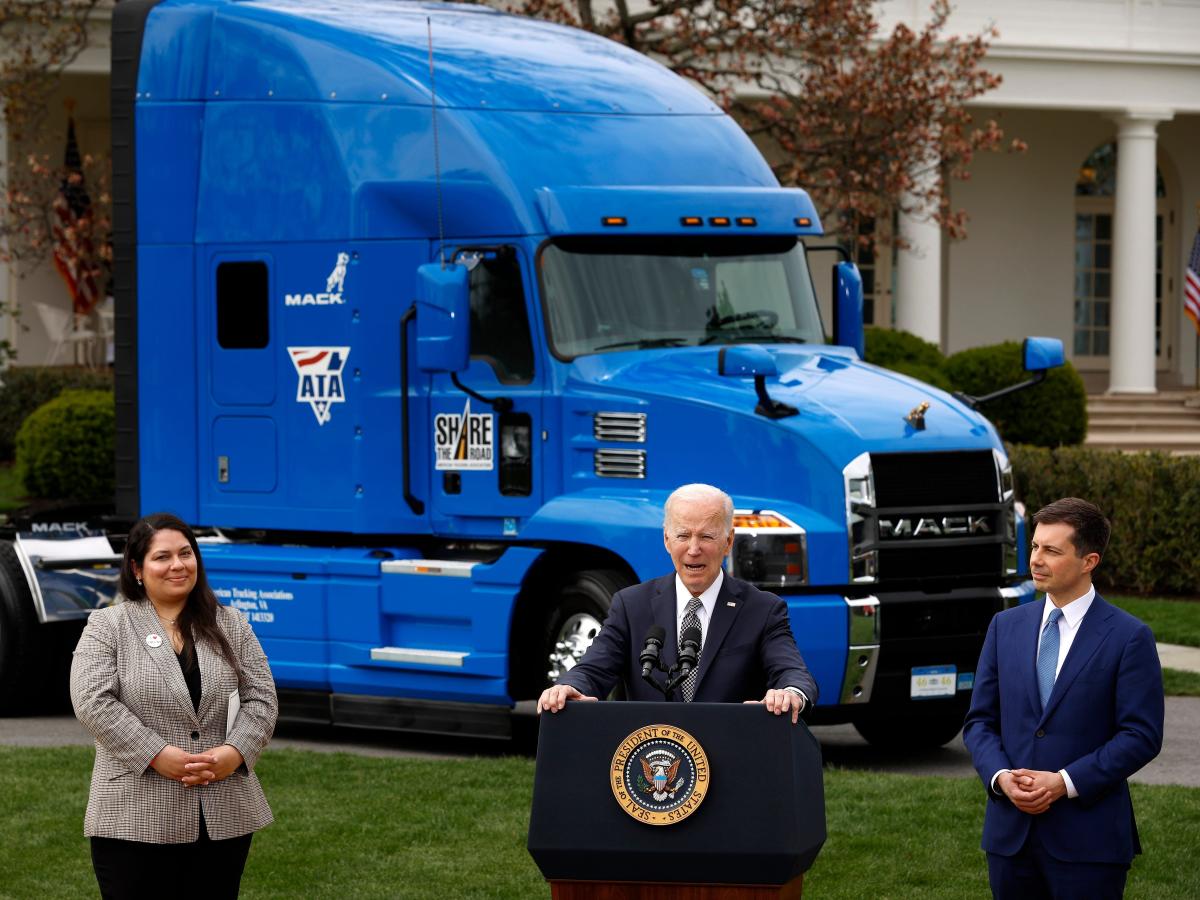 President Joe Biden delivered remarks on the White House’s Trucking Action Plan on Monday, an initiative that aims to “increase the supply of truck drivers” as the nation continues to struggle with labor gaps and supply-chain issues.

“All of you here today are people our economy should be built around because you all — you all are the people who literally make it run,” Biden told the crowd containing truckers and their families, speaking from behind a podium centered between two massive semi-truck tractors. “That’s not hyperbole.”

“I have nothing against investment bankers. They could all retire and nothing much would change. You all quit, everything comes to a halt,” he continued.

Companies have struggled to hire truck drivers this year, creating labor gaps in an already strained supply chain. But some truckers have pushed back on the idea that the nation faces a “shortage” of truckers, arguing that the industry’s real problem is low pay and job quality.

Jason Miller, associate professor of supply-chain management at Michigan State University, previously told Insider that there isn’t a shortage of truck drivers. Instead, he said, truckers have shifted from working for mega carriers to driving for smaller operators or becoming owner-operators themselves.

This has prompted many carriers to offer massive sign-on bonuses and wage hikes. On Thursday, Walmart announced it is shifting its pay structure so that its private fleet drivers can earn between $95,000 and $110,000 in their first year.

That’s nearly double nearly the average truck driver’s salary of $50,340 a year, according to data from the US Bureau of Labor Statistics. By comparison, a first-year investment banking analyst at J.P Morgan is paid a starting salary of $110,000, as Axios reported Friday.

In his remarks Monday, President Biden said 2021 was “the best year for trucking employment since 1994,” adding that there are now 35,000 more trucking jobs than there were before the pandemic.

He also acknowledged the issues facing women in the trucking industry, and said increased wages, reduced wait times, and improved safety will benefit the recruitment and retention of female drivers.

Biden’s speech did not address the lack of truck parking across the country, a critical need for trucker safety and sleep that drivers say has been overlooked by the White House.