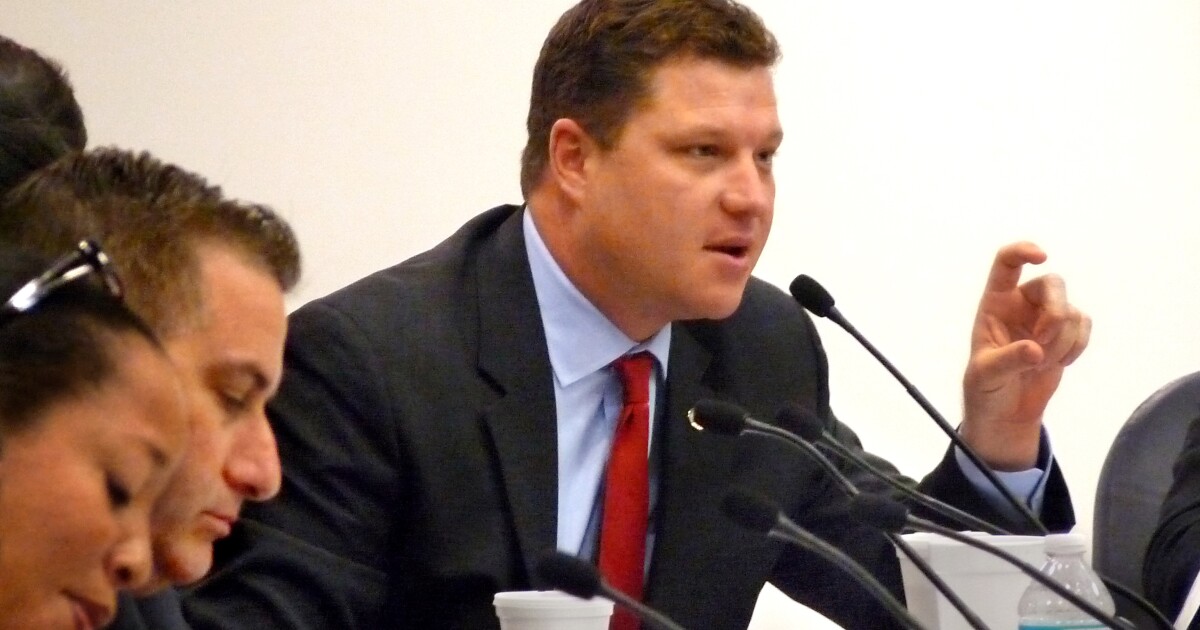 Jeff Brandes, a St. Petersburg Republican, on Friday formally asked his colleagues to support his call for a special legislative session on property insurance.

Saying “we can no longer wait on this issue,” Brandes distributed a “template letter” for lawmakers to send to the Department of State to begin a polling process to force a special session on the issue.

“With hurricane season approaching June 1, it is imperative that we do everything within our power to ensure the people we represent can obtain insurance coverage at a reasonable price,” Brandes, who will leave office this fall because of term limits, wrote.

With lawmakers scheduled to return to Tallahassee on April 19 for a brief special session on congressional redistricting, Brandes announced Wednesday he would undertake the polling process to hold a special session on insurance if House Speaker Chris Sprowls, R-Palm Harbor, and Senate President Wilton Simpson, R-Trilby, failed to do so.

Attempts in recent years to use the process on other issues have not led to special sessions.

In a message to House and Senate members on Friday, Brandes, who has advocated for taking aggressive steps to address the state’s property-insurance problems, asked lawmakers to join his effort to address what he called an “impending crisis.”

“I believe we can no longer wait on this issue,” Brandes wrote.

Rep. Andrew Learned, a Brandon Democrat, quickly said that Brandes could “count me in” on the effort.

“Homeowners’ insurance is completely out of control,” Learned tweeted, urging his colleagues to “work together across the aisle to get this done.”

The possibility of holding a special session about property insurance has drawn speculation after the House and Senate did not reach agreement on an insurance bill during the regular session that ended March 14.

Gov. Ron DeSantis didn’t include the issue in a special session he has called for April 19 to April 22 to redraw congressional districts. DeSantis has said he expects lawmakers to address insurance changes this year, most likely after new House and Senate leaders are sworn in following the November elections.

Legislative leaders thus far have not sought to add insurance issues to the redistricting special session. A week ago, Sprowls said more time needs to be given to property-insurance changes made during the 2021 session.

“We passed one of the most expansive reforms to the insurance industry that’s ever been done in Florida,” Sprowls said, referring to last year’s law. “One thing that happens, we talk about this all the time, is that it takes 18 months to see those (changes) reflected in the rates. We’re about six months out from that.”

In 2021, lawmakers approved changes that included a new formula to limit fees of attorneys who represent homeowners in lawsuits against insurers and a reduction from three years to two years in the time to file claims. They also passed a proposal aimed at preventing roofing contractors from advertising to spur homeowners to file claims, though a federal court has blocked that part of the law on free-speech grounds.

But many private insurers in recent months have sought hefty rate increases and dropped customers to reduce financial risks. That has led to thousands of homeowners a week turning to Citizens for coverage, with Citizens’ total number of policies expected to top 1 million by the end of the year.

Brandes wants a special session to address issues such as Citizens, the Florida Hurricane Catastrophe Fund and providing a “financing mechanism for insurers to access if the capital markets are not an option.” He called for making “significant property insurance reforms in order to create a sustainable environment for Florida homeowners.”

“Florida’s private property insurance market has collapsed, and it is evident we must call a special session to address this dire situation,” Brandes wrote in letters to Sprowls and Simpson on Wednesday. “In the past 30 days, thousands of Floridians have had their homeowners insurance company exit Florida. Over 800,000 homeowners cannot find insurance aside from Citizens Property Insurance Corporation. With the 2022 hurricane season quickly approaching and an unstable market, the Legislature chose to leave homeowners exposed to a perfect storm of rising rates, limited coverage and diminishing options.”