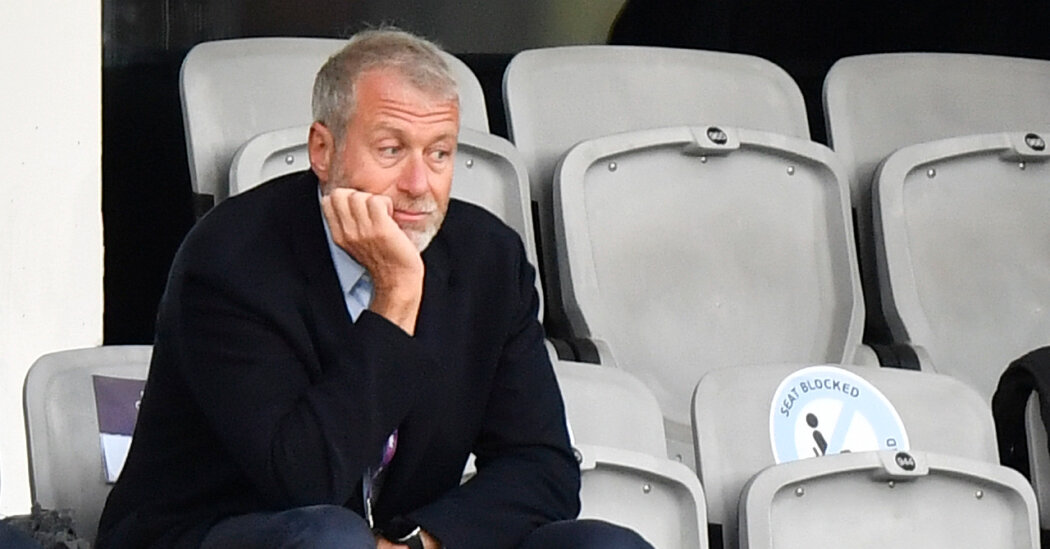 Over the years, Concord arranged more than 100 investments in different hedge funds and private equity firms, mostly for Mr. Abramovich, according to an internal document prepared by one Wall Street firm. They included funds managed by Millennium Management, BlackRock, Sarissa Capital Management, Carlyle Group, D.E. Shaw and Bear Stearns, according to people briefed on the matter and the document.

Concord kept a low profile. It didn’t have a website. It is not registered with U.S. regulators. One of the few times it surfaced in public was in 2020, when Concord applied for and received a Paycheck Protection Program loan worth $265,000 during the pandemic. (Concord repaid the loan, a spokesman said.)

Concord’s secrecy made some on Wall Street wary.

American financial institutions are required to file such reports to help the U.S. government combat money laundering and other financial crimes, though the reports are not themselves evidence of any wrongdoing having been committed.

But for the most part, American financiers had no inkling about — or interest in discovering — the source of the money that Concord was directing. As long as routine background checks didn’t turn up red flags, it was fine.

Paulson & Company, the hedge fund run by John Paulson, received investments from a company that Concord represented, according to a person with knowledge of the investment. Mr. Paulson said in an email that he had “no knowledge” of Concord’s investors.

Concord also steered tens of millions of dollars from two shell companies to Highland Capital, a Texas hedge fund. Highland hired a unit of JPMorgan Chase, the nation’s largest bank, to ensure that the companies were legitimate and that the investments complied with anti-money-laundering rules, according to federal court records in an unrelated bankruptcy case.