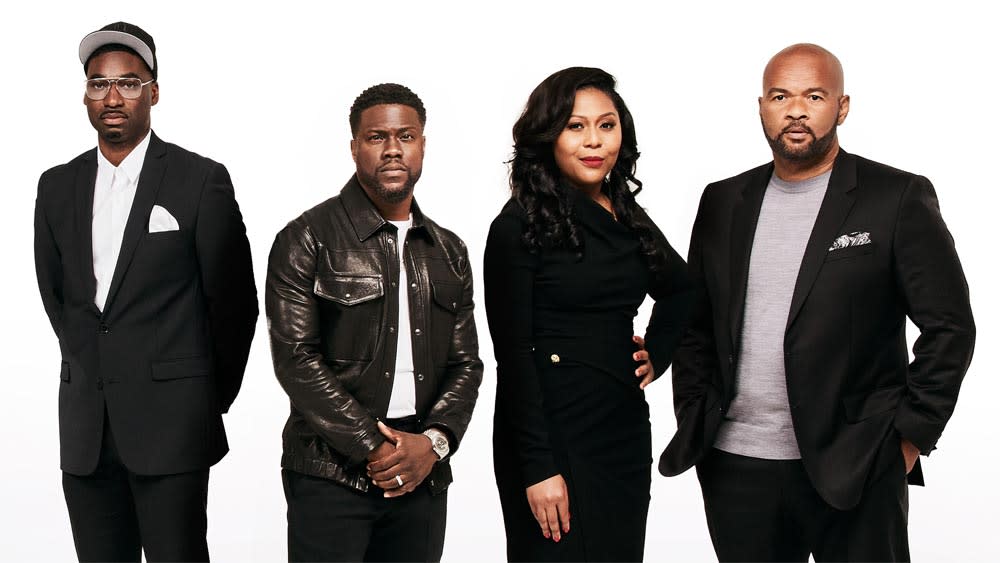 Along with the combination, the company is also announcing a $100 million investment by private equity firm Abry Partners. Nicolas Massard, a partner at Abry, will join the Hartbeat board. NBCUniversal’s Peacock, which signed a multi-year, first look deal with Laugh Out Loud and acquired an equity stake in 2020, will remain a shareholder.

With Hart presiding as chairman, Hartbeat plans to use its new funding to augment existing brands and franchises and create new properties capable of connecting with global audiences, a press release said. The company already has a wide range of projects set up at a host of digital platforms, streaming services and networks, and also has a wide and avid social media following.

“The creation of Hartbeat and our capital raise with Abry represent a new era in comedy,” Hart said. “This all started out with a mission to keep the world laughing together and I’m so proud our teams have delivered on that, putting in the hard work to build the most innovative and inclusive comedic storytelling company.”

He continued, “In an industry that loves to say no and close doors, I’ve been bullish about forging our own path and using our success to open doors for others. With this merger and funding, we’re taking the new blueprint we’ve built in entertainment to the next level and creating opportunities for a new generation of comedic talent. I can’t wait to bring the world more comedians, experiences, and stories with humor and heart.”

Randolph touted the company’s “unmatched ability to generate sales, subscriptions and eyeballs” as well as driving “cultural currency and conversation among some of the most coveted audiences.” Hartbeat’s newly fortified team, she added, is “building an end-to-end entertainment enterprise that creates, markets and distributes the most culturally relevant IP and experiences in comedy and beyond. The merger and capital raise help us further scale and invest in the future of comedic entertainment, creating more high demand content and experiences at the intersection of comedy and culture.”

Hartbeat has three divisions: a studio for film and TV projects; a media unit dedicated to events, gaming, music publishing and a distribution network; and branded entertainment shop Pulse. The LOL! Network, which has broad distribution across a range of streaming and digital outlets, will continue to be the company’s flagship consumer brand in the new configuration.

The Hartbeat portfolio includes top-performing Netflix titles Fatherhood and True Story; movie hit Night School; Quibi-turned-Roku original Die Hart; branded content effort Lyft Legends, plus podcasts and other ventures. The company has backed a number of venues for the rising generation of comedic talent, including FX series Dave. The announcement of the merger said the company has some 60 projects in various stages of development with more than 15 business partners.