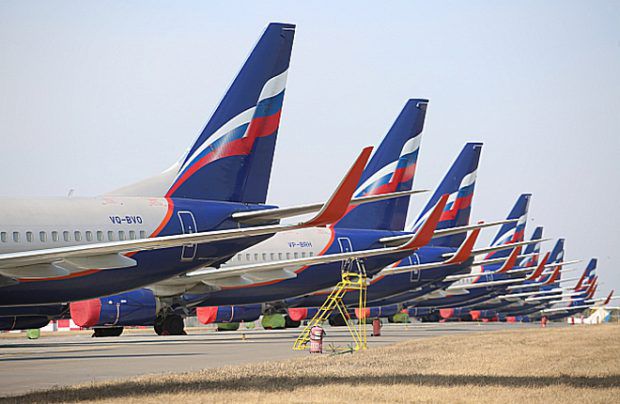 Reuters is reporting that aircraft leasing companies are filing billions of dollars in insurance claims trying to reclaim the value of about 100 airliners that have been effectively seized by Russia. The companies say they have little hope their Russian customers will ever give back the planes they have leased since the Monday deadline for returning them passed. Since all parts and maintenance supplies have been cut off, they probably won’t want them back, either. Rather than suck up those losses themselves, the leasing companies are invoking the act-of-war-protection in their policies and trying to push those losses to the insurers. The legal wrangle that will ensue will take years.

The biggest claim is from Dublin-based AerCap. “Last week we submitted an insurance claim for approximately $3.5 billion with respect to our aircraft and engines remaining in Russia,” Chief Financial Officer Peter Juhas told investors in an earnings call. “In this case we expect them to be contested, just given the large sums involved across the industry.” AerCap had 135 aircraft and 14 engines in Russia but managed to repossess 22 planes and three engines. It is, however, a small fraction of AerCap’s portfolio. Reuters says the company has 3,701 aircraft, engines and helicopter leased out all over the world.