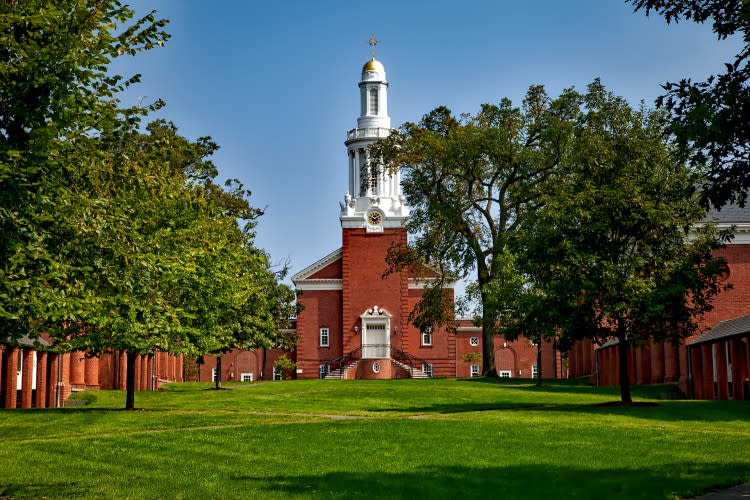 Yale’s endowment fund is managed by its Investments Office, which operates under the supervision of Yale’s Investment Committee. It is the second biggest endowment fund in the world, just behind the Harvard University Endowment Fund. The fund was established more than three centuries ago, in 1718, with an initial sum of £562 provided by Elihu Yale. The total value of the endowment stood at $42.3 billion as of June 30, 2021. It comprises thousands of funds serving different purposes and having distinct restrictions. Nearly 75% of the fund consists of true endowments, which are gifts given by donors to generate long-term funding for specific purposes. Meanwhile, the remaining 25% is quasi-endowment, which means that Yale decides to invest and consider it as an endowment.

Yale’s Investment Office is focused on generating high inflation-adjusted returns to sustain the present and future requirements of the prestigious university. The team at the Investment Office is focused on forming a suitable risk-adjusted asset allocation. It aims to create strong and long-term partnerships with managers globally that are involved in the improvement of public and private business operations through their insights. In the last three decades, the asset allocation done by the Investment Office at Yale has contributed 1.9% annually, and the selection of high-quality managers has further boosted the outperformance by 2.4% per annum.

The investment team at Yale brings an amalgamation of theoretical knowledge and real-world developments into making their investment portfolio. One of the key theories that the investment team relies on is the mean-variance analysis that was conceptualized by Nobel award receivers Harry Markowitz and James Tobin. Both these individuals have been closely associated with Yale University. Investment management is now considered as much art as science. It requires a keen understanding of qualitative factors before making decisions about an investment portfolio. It must be noted that returns and correlations are difficult to predict. Historical data only provides a guide of what happened in the past but to correctly interpret it and use it in the future, an investment manager should have an understanding of structural changes that are taking place and how to compensate for uncertain times that have never been seen before.

In the last three decades, the Investment Committee managing the Yale Endowment fund has significantly shifted the focus of the portfolio from marketable domestic securities to non-traditional asset classes. Back in 1989, 75% of the endowment was invested in US stocks, bonds, and cash. However, as of 2021, this has fallen below the 10% level. Meanwhile, the remaining 90% is invested in absolute return strategies, foreign equity, private equity, and real assets. This is a major reason why the total value of the University’s holdings in the 13-F filing is around $530 million only.

The focus to shift on non-traditional asset groups is due to their healthier return potential along with their diversification abilities. Investing in the non-traditional asset group has helped the Yale Endowment fund in building a portfolio with a significantly higher return potential associated with lower risk as compared to its portfolio in the mid-1980s. Investing in alternative assets also provides a chance to exploit the market through active management as these asset classes are not as efficiently priced as the traditional marketable securities. The long-term investment horizon of the Yale Endowment fund provides it an opportunity to take complete benefit of illiquid, less efficient markets like a leveraged buyout, oil and gas, real estate, timber, and venture capital.

The Endowment Fund is known for making unconventional investment decisions as it invested in Google in the 1990s, followed by Airbnb, Inc., Meta Platforms, Inc. (NASDAQ:FB), and LinkedIn in the early 2000s. As of Q1 2022, Yale University has a stake in iShares MSCI Japan ETF (NYSE:EWJ), Vanguard Emerging Markets Stock Index Fund (NYSE:VWO), and iShares MSCI EAFE ETF (NYSE:EFA). The university has increased its exposure to popular companies such as Apple Inc. (NASDAQ:AAPL), Amazon.com, Inc. (NASDAQ:AMZN), and Microsoft Corporation (NASDAQ:MSFT) through these funds.

In this article, we will go through the eight investment ideas of Yale University as of March 31, 2022. These eight holdings take up 100% of the university’s portfolio. These ideas have been picked from Yale University’s 13F filing for Q1 2022.

IsoPlexis Corporation (NASDAQ:ISO) is a Bradford, Connecticut-based micro-cap biotech company that is focused on treating cancer and a range of other diseases by coming up with the most precise detection systems in the world. IsoPlexis Corporation (NASDAQ:ISO) is the pioneer in how the multi-functional immune cells communicate and respond to each other. This helps researchers in comprehending and forecasting the progression of the underlying disease, the resistance of medications, and the effectiveness of therapeutics.

Earlier this month, IsoPlexis Corporation (NASDAQ:ISO) posted its Q1 2022 results. The company saw its revenue increase by 53.1% YoY to $4.9 million and outperformed the consensus estimate of $4.6 million. Meanwhile, the loss per share was reported at 74 cents, which was 15 cents higher than the consensus estimates. The company operates in the single-cell analysis market. The size of this market stood at $2.2 billion in 2020 and is expected to rise to $7 billion by 2028.

According to proprietary data gathered by Insider Monkey, six hedge funds were invested in IsoPlexis Corporation (NASDAQ:ISO), with a cumulative value of $17.41 million as of March 31. This is the second consecutive quarter that the stock has been part of Yale University’s portfolio.

In the last year, iShares Core S&P Total U.S. Stock Market ETF (NYSE:ITOT) has generated an annual return of 11.70%. The number of holdings for the ETF stood at 3,628 companies. The top 10 holdings take up 22% of the portfolio and include notable companies like Apple Inc. (NASDAQ:AAPL), Amazon.com, Inc. (NASDAQ:AMZN), and Microsoft Corporation (NASDAQ:MSFT). One of the notable absentees among the top 10 holdings is Meta Platforms, Inc. (NASDAQ:FB). Interestingly, the tech sector occupies 25.55% of the ETF’s portfolio, followed by the Healthcare sector at 14.35%. Blackrock is the operator of the ETF.

Vanguard Developed Markets Index Fund (NYSE:VEA) provides exposure to large, mid, and small-cap companies in developed markets other than the US. As the fund is not benchmarked to US stocks or any Index, this makes it more volatile and more open to foreign currency risk. Yale University’s Endowment fund manager initiated the first position in the fund during Q1 2020.

In the ETF, European equities are given the highest weightage with a contribution of 52.50%. This is followed by the Pacific at 36.1%. The top 10 holdings took up 11% of the portfolio as of April 30 and comprised notable companies like Nestle SA, Samsung Electronics, Roche Holdings, etc. In terms of allocation by market, Japan had the largest market allocation in the Vanguard Developed Markets Index Fund (NYSE:VEA). The minimum investment required for the Vanguard Developed Markets Index Fund (NYSE:VEA) is $3,000.

SPDR S&P 500 ETF Trust (NYSE:SPY) replicates the performance of the famous S&P 500 Index. The Index includes listed companies spread across 11 different sectors. The exchange-traded fund (ETF) has the honor of being the first ETF to trade in the US back in 1993. Yale University has invested in this ETF since Q4 2018. During Q1 2022, the holding saw a decline of 14% on a sequential basis.